Will Ben Simmons explore shooting with his right hand this summer? 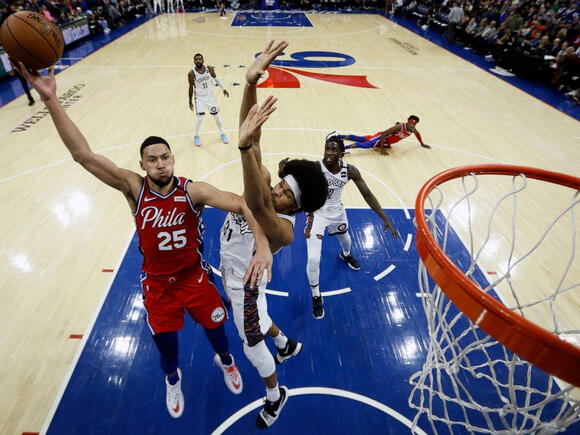 The entire summer will play out like an episode of Black Mirror. The offseason of Ben Simmons started yesterday, as news and speculation on what the Sixers will do with Simmons this summer is already making national headlines. I have no doubt that this will be the first of many updates regarding Ben Simmons in the coming weeks.

There's no doubt that Ben Simmons needs major work. He was the main reason that the Sixers lost a seven-game series against an inferior Atlanta Hawks team. However, the question still remains if the 76ers are willing to take the time to fix Ben Simmons and if Simmons himself is willing to give up control and allow himself to change the way he plays basketball.

There are a million different ideas out there on how to fix Ben Simmons. The top three that I've come across are as followed:

Simmons shooting with his right hand is certainly interesting and has been floating around ever since he entered the league. Yesterday, ESPN NBA reporter Brian Windhorst said that Ben Simmons may begin shooting with his non-dominant hand as the team tries to improve his ability to hit jump shots. Here's the segment for those who missed it.

Windhorst did say that no decision has been made yet so I would take this as nothing more than national media speculation, biting at a hot story. However, drastic changes to Ben Simmons' game are needed. It was also reported that Ben will likely opt out of the Olympics for Team Australia to work on developing his game. Hopefully after hitting rock bottom during this year's playoffs, Ben will finally be open to working hard on improving his basketball skill set.

It's hard to imagine we have yet another number one overall draft pick that needs to rebuild his jump shot but here we are. It's going to be a long offseason for the Sixers and Ben Simmons. All we can do is take it day by day and see what happens.

Daryl Morey is currently speaking with the media now. Here's one of his first quotes on Ben Simmons:

“We’re committed to this group”

I'm not ready to give up on Ben Simmons, but it's important that he's willing to put in some serious work on his game this summer. Doc Rivers during media availability had this to say about Simmons.

"We're not hiding that Ben has to become a better free-throw shooter and a more confident free-throw shooter," Rivers said. "If that happens, I really believe a lot of other parts of his game follow. I said that, if you remember, before the season started. The first thing I said was, 'We got to get him to the line 10 times a night.' And to want to get to the line 10 times a night. So we've got to put in work so he can get there. But if we can get him there, man, his game goes to a different level."