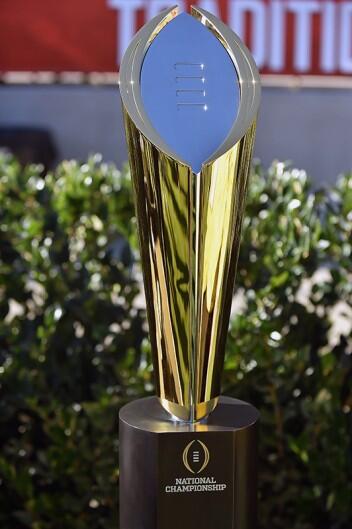 The College Football Playoff will expand to 12 teams beginning in 2024, according to a release from the CFP Board of Managers Thursday.

The long-discussed process ended Wednesday after the Rose Bowl committee agreed to amend its contract in order to retain broadcasting rights to play at 5 p.m. EST New Year’s Day, according to Ross Dellenger of Sports Illustrated . Executive Director of the College Football Playoff Bill Hancock said in the release the change is in the best interest of college football.

“We’re delighted to be moving forward,” Hancock said. “More teams and more access means more excitement for fans, alumni, students and student-athletes. We appreciate the leaders of the six bowl games and the two future national championship game host cities for their cooperation.”

Under the new format, the six highest-ranked Football Bowl Subdivision teams are guaranteed entry into the playoff, with the remaining six spots going to the highest-ranked at-large teams, which was agreed upon in September by the CFP Board of Managers.

The first round of the playoff in 2024 will be played by all but the top four-ranked teams, with higher seeded teams playing their playoff games at home.

The quarterfinal and semifinal games will be played on a rotating basis. The national championship locations for the expanded playoff format begin Jan. 20, 2025, in Atlanta and Jan. 19, 2026, in Miami.

“On behalf of the Management Committee and the Board of Managers, this is thrilling,” Hancock said. “It’s been a long process, but we are pleased that more teams and more students will have the opportunity to compete for a national championship beginning in the 2024 season. A new era of college football is about to begin. I look forward to it.”