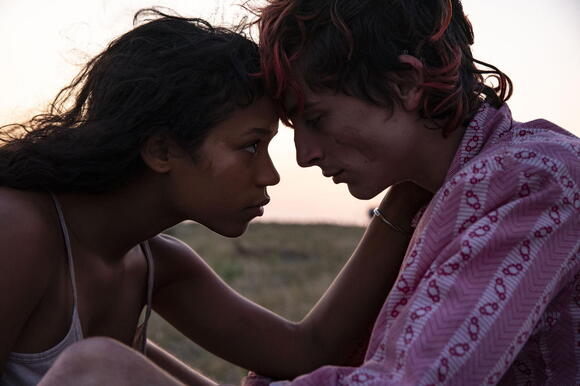 Director Luca Guadagnino’s second collaboration with the continually up-and-coming Timothée Chalamet comes in the form of a sensual drama about a pair of runaways, based on Camille DeAngelis’ 2015 novel about two young cannibals, “Bones & All.”

Guadagnino’s ability to captivate audiences through raw emotion within not-so-healthy relationship dynamics continues to serve as a strength in his repertoire, but it is undoubtedly Taylor Russell who steals the show with her portrayal of Maren, a young woman who finds herself alone when her father leaves. Maren’s father, played by André Holland, abandoned her because of her uncontrollable bouts of flesh-eating, which makes for a shocking introductory scene. He left just one thing for her in his departure, a tape recounting her earliest incidents of cannibalism — dating back to when she was a child.

Following the departure of her father, Maren’s internal dilemma leads her to travel throughout the Midwest, where she learns the jarring realization there are others like her, known as the “eaters.” She meets Lee, played by Chalamet, at a grocery store, where she insists she could smell he was an eater as well, a common theme throughout the remainder of the movie. There is initially some spirited tension between the pair, but Lee warms up to the idea of Maren accompanying him after learning she’s on her own.

The chemistry between Chalamet and Russell makes their characters’ relationship feel seamless, and two misfits coming together while falling in love is something most audiences can appreciate. Guadagnino again proves that he excels in exploring human connection on-screen by showing the two on a journey that is gut-wrenching, romantic and filled with can’t-look-away moments, despite occasionally taking it a bit too far for the average viewer with some of the most grotesque scenes of the year.

While at the forefront of the movie, cannibalism is used as a metaphor more than anything else — a storytelling device. Whether it be about addiction, fate or up to the audiences’ interpretation, showing something doesn’t always mean endorsement, as it becomes increasingly clear throughout the movie there is no sense of cannibalism being romanticized.

It’s important to separate fiction from real life when dealing with a story like this, as most audiences’ think main characters are always meant to be viewed as morally correct with the current state of cinema — but Guadagnino, Russell and Chalamet explore the gray space that makes movies captivating without needing to explain much.

The journey serves as one of self-discovery, exploring themes of loneliness and depression, while slowly displaying how actions define fate and how some people can’t escape bad habits. With side characters who turn relevant, tuned-in music and landscape shots of 1980s rural America serving as lovely transitions, Guadagnino never lets the audience get bored, making the 130-minute run time feel just right.

For a story about supernatural beings, “Bones and All” is a surprisingly human tale — despite being drenched in blood. With the help of Chalamet and Russell’s performances merged with Guadagnino’s direction, “Bones and All” never fails to remind audiences of its most important message: people consume each other in so many ways.