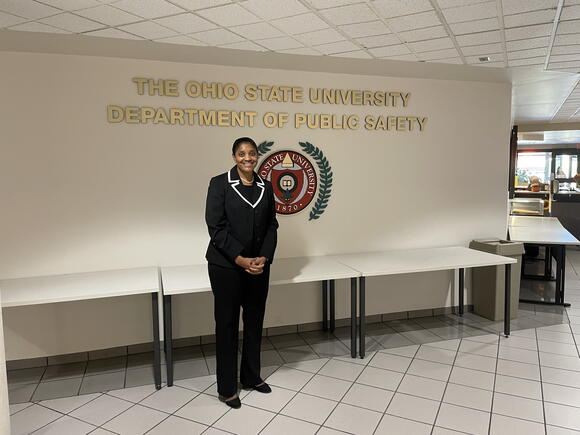 Aggravated assaults, burglaries and domestic violence are some of the few crimes that have increased in 2021, according to Ohio State’s annual security and fire safety report .

In compliance with the Jeanne Clery Disclosure of Campus Security Policy and Campus Crime Statistics Act — which requires universities receiving federal funding to document and annually report crimes that occur on its campuses, university-owned property, non-university-owned property used by student organizations and on public property accessible from campus — the report reflects crimes reported from Jan. 1 to Dec. 31, 2021.

University spokesperson Dan Hedman said the report’s 2021 statistics are more comparable to the 2019 statistics because COVID-19 lowered reported crimes in 2020. Here is the data comparing instances from 2020-21 first, then from 2019.

Motor vehicle reports increased from 9 in 2020 to 30 in 2021, largely due to the prevalence of Kia and Hyundai break ins in the off-campus neighborhoods.

University Chief of Police Kimberly Spears-McNatt said it is important to educate students on resources for avoiding car thefts and to “make it harder for someone to steal your vehicle.” This can include avoiding leaving key fobs in cars, she said.

“Not only just having a law enforcement present, but really trying to educate our students or everybody that’s on campus that, you know, please don’t leave valuables, you know, in your vehicles,” Spears-McNatt said. “Make sure that you’re locking them, you know, parking in well lit areas. And so, we’re trying to find any and every way that, one, we can educate the university community about keeping themselves safe but also their property.”

According to the report, rape, which includes digital and oral penetration, reports decreased for the first time in four years in instances unrelated to former university physician Richard Strauss . Campus fondling incidents — defined by the Clery Act as touching certain areas of the body for sexual gratification without consent — increased by 20.

Strauss was a varsity team sports doctor and physician at the Student Health Center from 1978-1998. An independent investigation in 2019 found that Strauss sexually abused at least 177 students and student-athletes during his tenure, and that university officials were aware of the abuse and failed to prevent or address it.

The report counts incidents in the year they were reported, not when they occurred, in accordance with federal law, meaning any reports made about Strauss’s actions during his tenure would be included in the statistics for that year’s report. According to the report, an additional 34 cases of rape and 468 incidences of fondling attributed to Strauss were reported in 2021 — totaling 206 incidences of rape and 3,133 accounts of fondling.

Christa Hribar, assistant compliance director and Clery Act coordinator for the university, said in a release most of the decreases in rape statistics can be attributed to the work of the Office of Institutional Equity for providing additional methods to identify the locations of reported crimes.

Ohio State reported fewer crimes during the 2022 summer semester than in past years . It maintained the safety measures it put into place during the 2021-22 academic year for the 2022 fall semester — including Buckeye Block Watch, a partnership with Community Crime Patrol and expanded hours for the Lyft Ride Smart at Ohio State program for students.

Spears-McNatt said while Ohio State implemented the recommendations from the Task Force on Community Safety and Well-Being launched in October 2020, any number of crimes is still a concern because it means someone has been negatively impacted at the university.

“That matters to us,” McNatt said. “So, we’re always trying to make those numbers lower or keep them down to zero. But I’m hoping with a lot of the initiatives that you’ve seen us put forward — the additional lighting, the cameras, the LPRs, our campus service officers, our joint patrol officers — all these resources that we are making available to the university to keep everyone safe would drive those numbers down.”