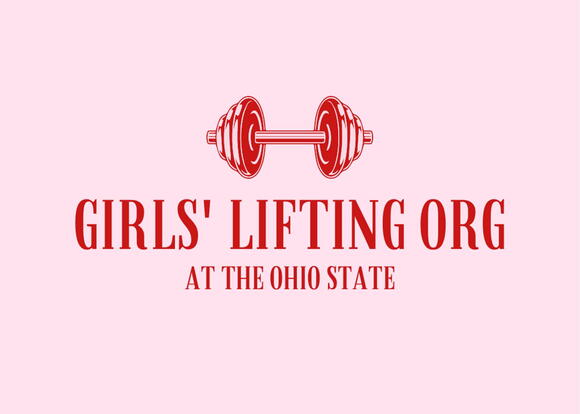 At a Big Ten school like Ohio State, the opportunities for exercise and gym attendance seem endless, but a disproportionate number of female students attend these facilities to work out. The Girls’ Lifting Organization hopes to change that.

Within only one month of being an active and official on-campus organization, the Girls’ Lifting Organization has already accumulated over 250 members and made strides towards making on-campus gyms more female-populated, Linzy Malcolm, a third-year in molecular genetics, said.

The concept originated in February 2022 from Malcolm and Elizabeth Thompson, a third-year in linguistics, while reflecting on the differences in their experiences working out at home and at Ohio State, they said.

“Elizabeth and I both went to the same all-girls school. So, going and working out was pretty simple, as our gyms were pretty much only females,” Malcolm said. “We just noticed how different going to the gym is here on campus, and we decided to make an organization to make girls feel more comfortable using the spaces here.”

Co-presidents of GLO and friends since preschool, Malcolm and Thompson relate in their desire to create a safe, designated work-out space for women, Thompson said.

Thompson said women are often a minority in gyms due to society’s gender roles and contrasting expectations for men and women in physical appearances.

“On a macro level, I think that society places a lot of emphasis on men being strong,” Thompson said. “I think that women, our body ideals, are more, I don’t want to say emphasized on being weak, but there’s definitely a stigma around bulking up or things like that. So, I think that’s just right out the gate, something that women have to overcome. But within campus, all the gyms, they’re very clearly male-dominated.”

Thompson said the facilities having a majority-male makeup is not a bad thing, but it can be intimidating when there isn’t a strong female presence.

With the establishment of GLO as an on-campus organization, members can receive weekly workouts and accompanying playlists — both created by Malcolm and Thompson — to do on their own or alongside a group once a week at the RPAC, Malcolm said.

“GLO is an organization for girls on campus who are interested in fitness, but are intimidated in getting started and going to our on-campus recreation facilities,” Malcolm said. “It’s for the type of girl who is a beginner lifter, or an experienced and advanced lifter who wants more of a community to feel safer in those spaces.”

The co-presidents have many long-term goals for their organization, Thompson said, including initiating conversations about establishing a female-only workout space on-campus.

“I think our general attitude towards the club is like, shoot for the moon and kind of land amongst the stars or something like that,” Thompson said. “That’s really cheesy, but that’s kind of what we’re going for.”

Malcolm said she is most excited to continue seeing friendships and confidence develop amongst the members.

“The club doesn’t have a focus on increasing your max reps or max weight, it has a focus on making sure that you feel comfortable in the skin and the space that you are in,” Malcolm said.

The Girls’ Lifting Organization accepts members year-round. More information on joining the organization can be found on its Instagram.