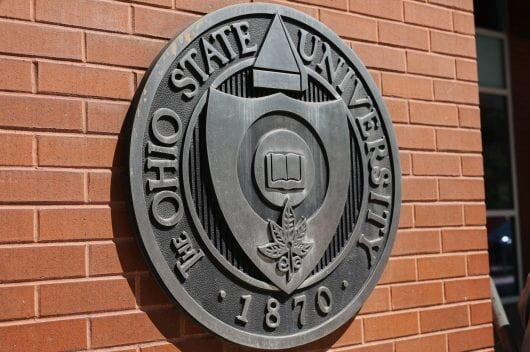 Ohio State filed a rare legal technique Sept. 26 in order to prevent victims of former university physician Richard Strauss from having their cases heard in a trial court.

The filing comes after the Sixth Circuit Court of Appeals reversed a previous ruling that dismissed lawsuits of over 100 plaintiffs against Ohio State, allowing them to move forward with their lawsuit against the university for how it handled Strauss’ abuse of students.

Strauss was a varsity team sports doctor and physician at the Student Health Center from 1978-1998. An independent investigation in 2019 found that Strauss sexually abused at least 177 students and student-athletes during his tenure, and that university officials were aware of the abuse and failed to prevent or address it.

This rare type of review is “not favored” in appellate courts, according to the Federal Rules of Appellate Procedure . It is usually reserved for proceedings with “questions of exceptional importance” or decisions conflicting with the U.S. Supreme Court or the court the review is filed in.

University spokesperson Ben Johnson provided the Lantern with a copy of Ohio State’s petition to the court.

The petition claims the court wrongly reversed the district court’s decision as well as rule that the plaintiffs’ claims did not start until April 2018, when victims discovered they were abused after Ohio State announced an investigation into Strauss.

“If left standing, the new rule announced by the majority would expose all institutions subject to Title IX to liability where it never before existed, or was anticipated,” the petition states.

The lawyers representing Ohio State argued for an en banc review based on five ideas surrounding Title IX and past precedent established by the Supreme Court and the Sixth Circuit Court of Appeals, according to the petition.

According to Oyez, in the Supreme Court case of Rotella V. Wood , the Court found that the statute of limitations on the civil case began when the injury occurred, not when the claimant discovered the injury.

Ilann Maazel, an attorney representing the victims, said this en banc petition is an attempt to delay justice for hundreds of sexual abuse survivors and delay accountability, which he said the univeristy has done for 40 years. The Sixth Circuit Court may ask Maazel and his legal team to respond to the en banc petition, he said, but their goal is to move forward with the trial.

According to the Cincinnati Law Review , the Sixth Circuit of Appeals only granted seven petitions for rehearing en banc from Jan. 1, 2018 to Sept. 7, 2021, none of which included cases involving sexual assault. In that time, the en banc court heard two civil rights abortion cases, two death penalty habeas petition cases, one under the International Child Abduction Remedies Act and one whether the U.S. Sentencing Commission abused its power in criminal sentencing.

A Lantern investigation found that the university’s Office of Government Affairs led a coordinated effort to block House Bill 249, legislation introduced in May 2019 to waive the statute of limitations on civil sexual abuse cases for Strauss victims.

Since 2018, more than 500 victims of Strauss — nearly all men — have sued the university for failing to address Strauss’s abuse and harassment. Including the most recent settlements in July, 296 victims have settled in exchange for dropping lawsuits against Ohio State with the university for a total amount of $60 million.