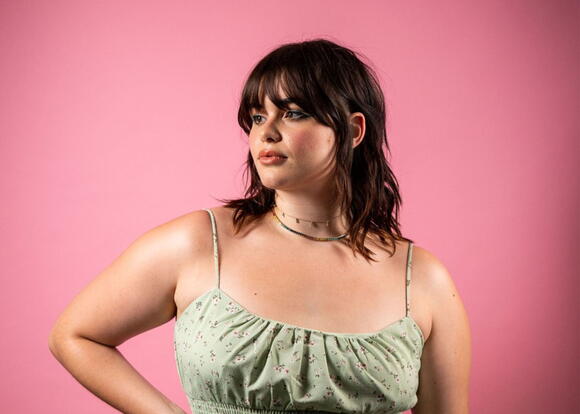 Actress Barbie Ferreira announced in August that she would be departing from her role as Kat Hernandez in HBO’s “Euphoria,” disheartening many viewers at the loss of one of the few plus-sized main characters on television.

Ferreira’s character, a 16-year-old high school girl, finds herself tormented for her weight after unknowingly losing her virginity on camera, leading to her classmates calling her “piggy.” Instead of feeling ashamed, Kat chooses to embrace her figure by taking pride in her newfound sexual confidence.

With this character’s departure, many students at Ohio State reflect on the influence of this character on body positivity in the media.

As she’s gotten older, Katelynn Blythe, a first-year in philosophy, politics and economics, said there is still a stigma around plus-sized characters, but was able to find solace in those like Kat Hernandez from “Euphoria” who had the same experiences as her and other young woman —– not just the problems that came with being a “big girl.”

“She was just like the other girls,” Blythe said. “She was getting the guys who liked her. She was exploring her fashion style.”

Sara Hoover, who uses they/them pronouns and is coordinator of The Body Project, a program dedicated to body acceptance and neutrality at Ohio State, said they grew up struggling with this very construct.

During Hoover’s teenage years, they said figures, like Acacia Brinley and Kylie Jenner, defined what they and their classmates thought of as “true” beauty: tall, extremely skinny with “developed” features.

Hoover said they even recall being fearful to go on medications like birth control because of the potential for weight gain.

During this time in their life, Hoover said they often asked themselves: “If I’m truly a feminine person, is this what I’m supposed to be like?”

Blythe said she developed similar insecurities to Hoover and as a young girl did not feel properly represented in the shows that she watched.

“The closest to my body type was Harper from ‘Wizards of Waverly Place,’ considering that she was put up to other stars like Selena Gomez and Demi Lovato who were more skinny,” Blythe said. “But the way she was portrayed made me think that she was bigger, the goofy character is usually the bigger girl who never gets a love interest.”

Blythe said she recalls other programs in which characters with bigger body types were portrayed in a negative light, such as “Austin and Ally” and the cartoon “Clarence.” She often found herself worried about gaining weight in middle school — a time in her life when she felt she was going in the “wrong direction” from her peers due to her struggles with body image.

Hoover said it wasn’t until YouTube started featuring creators who actively encouraged and showcased different body types that they truly began to feel represented. They said they accredited the “spark” of the body positivity movement to these very creators.

While Hoover recognizes that mainstream media is still struggling with body acceptance, they said they feel that society is “inching closer” to inclusivity through websites that feature user-generated content.

“We’re not making huge strides every day, but if I go on my TikTok feed, it’s full of beautiful, amazing, plus-sized creators; it’s awesome!” Hoover said. “The fact that those communities are getting to be more popular and more people are wanting to join those communities… I don’t know if we had that notion even five, 10 years ago.”

Hoover said they post fashion content on their TikTok page and hopes to create an inclusive, welcoming environment for their viewers. They said they aim to bring this same environment to The Body Project where all identities will be celebrated for their diversity.