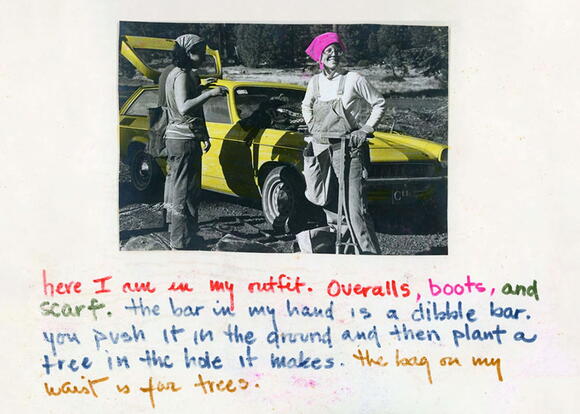 The Wexner Center for the Arts will showcase the works of interdisciplinary artist Carlos Motta and photographer Carol Newhouse through Dec. 30, emphasizing themes of change, collaboration and activism.

Daniel Marcus, an associate curator at the Wexner Center, said while transitioning from Newhouse’s exhibition to Motta’s, there is a slogan on the ramp wall that says, “Freedom is a collective project.” Marcus said even though it’s Motta’s slogan, it can easily be applied to Newhouse’s work.

With overarching themes of expressing sexuality, Marcus said Motta’s “Your Monsters, Our Idols” and Newhouse’s “Sharing Circles” exhibitions compliment each other despite being different projects.

“We worked separately but with mutual awareness of what we were doing,” Marcus, who co-curated “Sharing Circles,” said. “We really wanted them to resonate with each other.”

Lucy Zimmerman, an associate curator at the Wexner Center, said Motta’s work is centered  around the discourse of sexuality, colonialism and democracy.

“He describes himself as an unofficial historian of repressed histories,” Zimmerman said. “He’s a really exciting artist who I think represents a lot of the Wex is interested in doing.”

Zimmerman, who curated “Your Monsters, Our Idols,” said Motta presents his art across multiple different forms of media like film, video, sculpture, drawings and installations.

From black-and-white self-portraits to rainbow-colored installations with integrated audios of interviews, Motta’s approach to the content of his work is diverse just like his choice of mediums, Zimmerman said.

“There is no one style,” Zimmerman said. “Each gallery has a very distinct mood. You see the development of his style over time.”

Zimmerman said if she had to give an elevator pitch for “Your Monsters, Our Idols,” she would describe it as being about radical change.

“When he’s working on all these issues, he’s not only pointing out,‘here’s what’s wrong, here’s what’s not right,’ but there’s a sense of wanting to propose alternatives,” Zimmerman said. “Carlos is really working to instill agency and working with these communities to allow them to represent themselves.”

Marcus said he came across Carol Newhouse, a relatively obscure figure in the art world, through the Women’s Land Movement, which was an early 1970s feminist call to leave behind the patriarchal life in cities and start a new way of life in rural America.

“It’s really hard to separate her work as a photographer from her work as the founder of WomanShare, the community that is sort of at the center of our exhibition and is just as much a subject as is Carol,” Marcus said. “Her work is photographic but her work is also this larger community practice of creating a space and figuring out how to sustain a community.”

Marcus said “Sharing Circles,” although a tour to the past, is just as relevant today.

Zimmerman said she hopes the two exhibitions give Ohio State students a lens to think about the stakes of movements that look to censor groups or hinder self expression.

“I hope that students can approach the work with curiosity,” Zimmerman said. “Art has this tremendous capacity to allow us to view things from a different perspective. I do hope that there is this personal experience and this bigger questioning of what’s going on in the world and a sense of wanting to do something about it.”

Marcus said he wants students to come out of the exhibitions hopeful of what can be done through collective effort.

“The exhibition encourages students in particular, people who are young and thinking about shaping their lives and futures, to be optimistic about what small groups of people can do to radically change their circumstances,” Marcus said. “We wanted to reassure people that there is a path here.”

The exhibitions are open Tuesday through Sunday free of cost, and the hours can be found on the Wexner Center’s website.