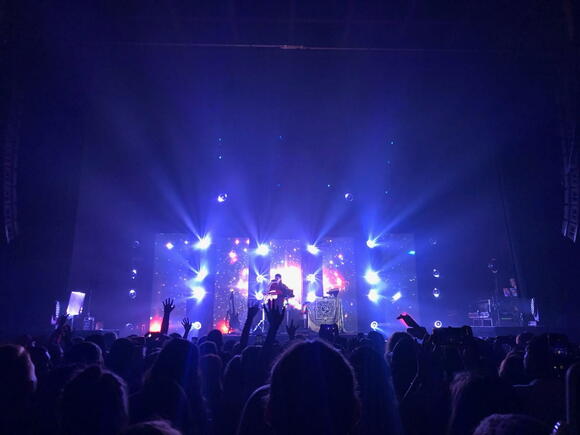 Concert venues animate Columbus, bringing in artists from all over the world and giving them opportunities to perform in the heart of the city.

Venues familiar to Ohio State students — including Newport Music Hall, KEMBA Live!, A&R Music Bar and The Basement — are brought to them by PromoWest Productions, an entertainment company working to bring artists to the Midwest.

Marissa McClellan, marketing director for PromoWest, said the owner, Scott Stienecker, bought the space now known as Newport Music Hall located on High Street in 1984. After the space was both the Agora Ballroom in the ‘70s and a movie theater in the ‘20s, McClellan said Stienecker has been hosting live music there ever since.

“The first show that was ever there, at Newport, was Neil Young, so it just has a ton of history behind it,” McClellan said. “And people that went to Ohio State in the ‘70s and ‘80s, they remember going to shows there all the time, so it’s like it has a nostalgia kind of thing.”

McClellan said around 20 years after Newport Music Hall opened, Stienecker decided to open PromoWest Pavilion, which is now KEMBA Live!, and shortly after, other venues quickly filled the musical corner that sits on Neil Avenue.

“He kind of bought that complex area and then built what you now know as KEMBA in 2001 and that came with eventually what you know now as The Basement and A&R Music Bar,” McClellan said.

McClellan said having these venues so close together gives artists a chance to see how they differ from each other and the opportunity to play in all of them as their fanbase and popularity grow.

McClellan said the venues’ locations benefit concert-goers because they can potentially attract bands that they wouldn’t normally get by appealing to agents.

“But I think that just having the four venues helps us get more bands that maybe we wouldn’t get typically, because we have a little bit of buying power,” McClellan said. “If the dates are available, if a show sells out at Newport, we can move it to KEMBA, things like that I think agents like as well.”

Isabel Nixon, a second-year in graphic design, said she has been to concerts at The Basement, KEMBA Live! and Newport Music Hall, but her experience at The Basement was her favorite.

“It was just so intimate and, like, it was just nice and small and, like, it just felt, I don’t know, it was a lot more fun that, like, everybody was kind of in there together in the same space,” Nixon said.

Nixon said as an Ohio State student, she is glad that she and everyone else has the opportunity to visit such a range of venues that are close to the campus area.

“As someone who likes going to concerts and, you know, seeing artists in real life it’s something that’s very important to me that we have that in the area,” Nixon said.