Football: Smith-Njigba to be a game-time decision among 7 on status report 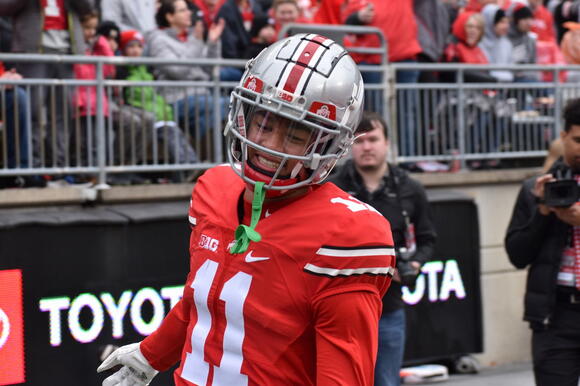 Third-year wide receiver Jaxon Smith-Njigba will be a game-time decision when No. 3 Ohio State kicks off against Arkansas State Saturday.

Smith-Njigba suffered a leg injury against then-No. 5 Notre Dame during the season opener Sept. 3. He was limited in the second half, and head coach Ryan Day said Tuesday the Buckeyes want to make sure Smith-Njigba is close to “100 percent.”

Fellow third-year wide receiver Julian Fleming is also a game-time decision against the Red Wolves. He didn’t play against the Fighting Irish Sept. 3.

Babb had a “setback” during the preseason, and Hancock has reportedly dealt with a leg injury.

The full status report is below:

Bloomington, IN3 hours ago