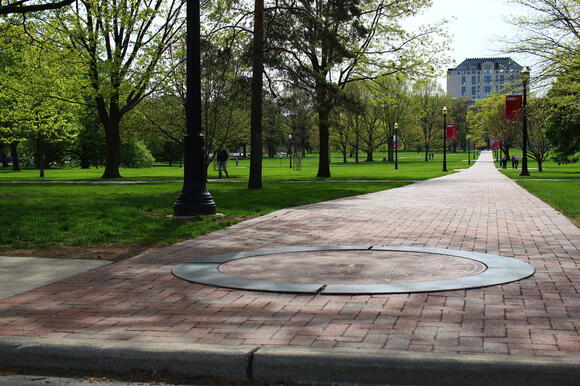 The Saint Thomas More Newman Center at Ohio State is under new leadership, according to a June 30 press release. Credit: Mark Batke

The Saint Thomas More Newman Center at Ohio State is under new leadership, according to a June 30 press release from the Diocese of Columbus , and changes are already being made within the church.

Adam Streitenberger, Diocesan Director of Evangelization, was named the new executive director at the Newman Center — the off-campus Catholic church at Ohio State — effective July 12, according to the release.

This “exciting and renewed” vision for the Center marks many changes, according to the press release, with the first being the removal of the Paulist Fathers — a New York-based independent order of Priests who have run the Newman Center for 66 years — as the leaders of the church, according to the release.

Bishop Earl Fernandes of the Diocese of Columbus, ordained and installed May 31, appointed Streitenberger.

According to the release, “the vision for the Newman Center will be intentional in its focus on the OSU students.”

Fernandes was appointed Bishop of the Diocese of Columbus April 2, 2022, according to The Columbus Dispatch . This puts Fernandes in charge of the Catholic churches in Columbus and allows him to make leadership changes.

“We depart this vital campus ministry with great sadness,” René Constanza, president of the Paulist Fathers, said in the statement.

The Newman Center could not be reached for comment by the time of publication.