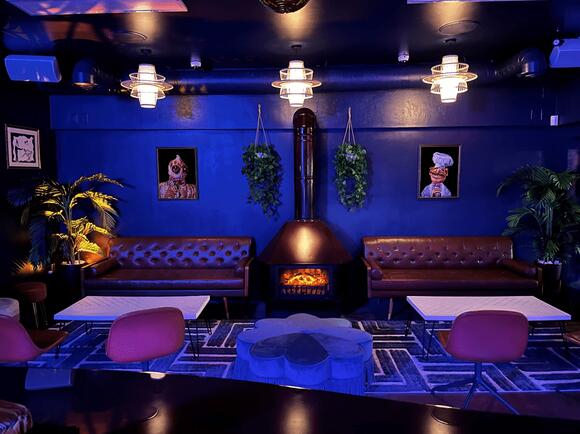 As one of the oldest culinary destinations in the Short North Arts District, Goody Boy will mix its traditional diner food with an updated neighborhood bar and lounge atmosphere, Justin Kintz, executive director for One Hospitality — an organization that consists of ten restaurants and bars in Central Ohio — said.

“Goody Boy will always carry the tradition of its original diner style one way or another. That’s what makes it so special,” Kintz said.

Although the inside and patio have been renovated, the traditional diner feel of Goody Boy is retained through the food and drink menus, Kintz said.

“Goody Boy still has the same tasty burgers and fries, with milkshakes and everything we offered before,” Kintz said. “We’re really trying to mix that old tradition with a new feel and design, as we did not want the same old black and white checkered diner feel anymore.”

One Hospitality took ownership of what was originally Michael’s Goody Boy in 2019, Kintz said. Due to the COVID-19 pandemic, the company was forced to revise Goody Boy’s position in the neighborhood.

Kintz said the restaurant has always aimed to be inclusive since its opening by Micheal Pappas in the ‘40s.

“As Goody Boy has never really targeted a specific audience, the new set up is really meant to continue engaging everyone in the community,” Kintz said. “Whether they are just coming by for lunch or dinner, stopping by to watch a game or even just lounging and having a few drinks, the new set up of Goody Boy does not cater towards one singular agenda.”

Kintz said while Columbus continues to gain new businesses, the atmosphere of Goody Boy is unmatched.

“There are a lot of large-scale destinations arriving in the Short North,” Kintz said. “This really helps Goody Boy stand out as it has continued serving the same tradition in the same neighborhood for about 80 years, and people can’t really get that with these new up-and-coming restaurants and bars.”

Zac Ignatious, lead bartender for Goody Boy, said the bar scene focuses on local craft beers around Columbus and the rest of Ohio — such as Land grant Lemon Glow, Brewdog Elvis Juice and North High 7-0 IPA. Working with these breweries keeps Goody Boy connected to the community, Ignatious said. However, the diner offers more than beer.

Ignatious said crafted drinks help create the fun and style that Goody Boy has fashioned throughout the past decades. He said there is a wide variety of people coming in daily to experience the traditions of Goody Boy since it reopened.

“Every block in a neighborhood has its own different age groups, nationalities, interests, professions, etc.,” Ignatious said. “I have seen Goody Boy as this awesome melting pot that brings all sorts of people together.”