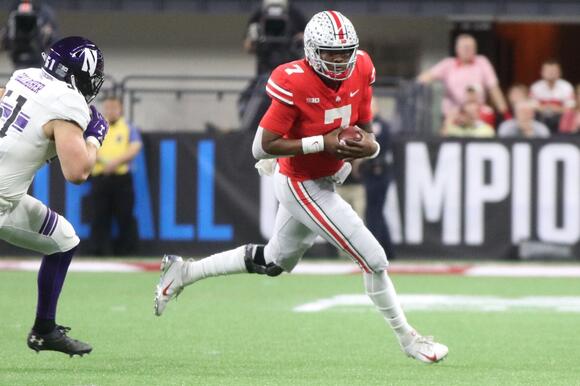 Former Ohio State quarterback Dwayne Haskins was intoxicated when struck and killed by a dump truck in Florida April 9 , according to an autopsy and toxicology report released by the Broward County Medical Examiner’s Office Monday.

According to the cause of death report, Haskins had been driving with a woman on Interstate 595 near Fort Lauderdale, Florida, early in the morning when the car ran out of gas. The report stated Haskins “left on foot to locate a gas station” before he was killed.

The report also stated Haskins died by accident as a result of multiple blunt force injuries.

The autopsy and toxicology report also found ketamine , a sedative that “has some hallucinogenic effects,” and norketamine , a metabolized version of ketamine with “possible antidepressant effects,” in Haskins’ urine.

“On behalf of Dwayne’s wife, his family, and his memory, and on behalf of the truth, we respectfully request and pray for privacy, for patience, and for the public to withhold any judgment during this period while the law enforcement authorities continue to investigate and conduct their important work,” Ellsley said in the statement.

Dwayne Haskins’ career at Ohio State spanned three seasons, highlighted by a record-breaking 2018 season in which he was a Heisman Trophy finalist and selected in the first round of the 2019 NFL draft.