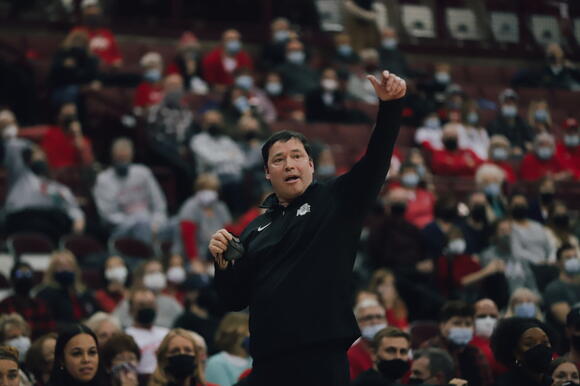 McGuff will receive a new contract, starting July 1, that extends through the 2025-26 season. The four-year contract includes a $1.05 million annual total compensation with a base salary of $675,000, according to the release.

Rohlik will get a two-year contract extension through the 2025-26 season, according to the release. The announcement did not include changes in Rohlik’s annual salary.

Rohlik was promoted to the head coaching position in 2013, after joining in 2010 as an associate head coach. Under Rohlik, the Buckeyes have made three NCAA Tournament appearances, reaching the Frozen Four in 2018.

Myers is set to earn a five-year contract through the 2027 season, according to the release. Details on Myers’ annual compensation were not included in the release.

Myers just completed his 14th season as Ohio State’s head coach with a 15-8 loss to Cornell in the first round of the NCAA Tournament Sunday. The Kennebunk, Maine, native’s 120 wins are the most in program history.