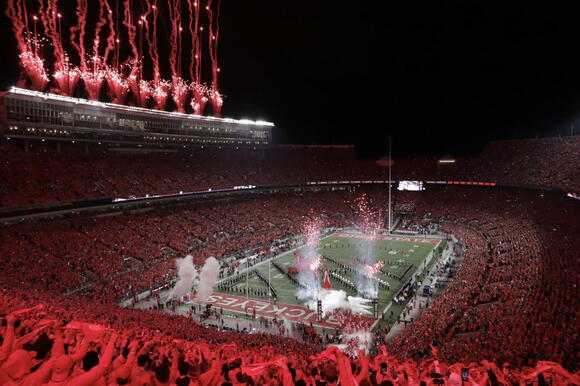 The Buckeyes will play at 7:30 p.m. against Notre Dame during their season opener Sept. 3, the Ohio State athletic department announced Tuesday.

Ohio State also announced the matchup will be broadcasted on ABC, according to the release . ESPN’s College GameDay will be on location for a record 21st visit, extending the Buckeyes’ total number of appearances to 53, which is the most among all programs.

The Sept. 24 matchup between Ohio State and Wisconsin will also air on ABC, according to the release.

According to the release, the ‘Shoe will host the rivalry game against Michigan Nov. 26 at noon on FOX — the first time in four years The Game will be hosted at Ohio Stadium after the 2020 matchup was canceled due to COVID-19 issues within the Michigan program.

Ohio State will begin a string of five straight home games, marking the first five-game homestand to open a season since 2003-04.

Further information on game times and television networks will be released later in May, according to the release.