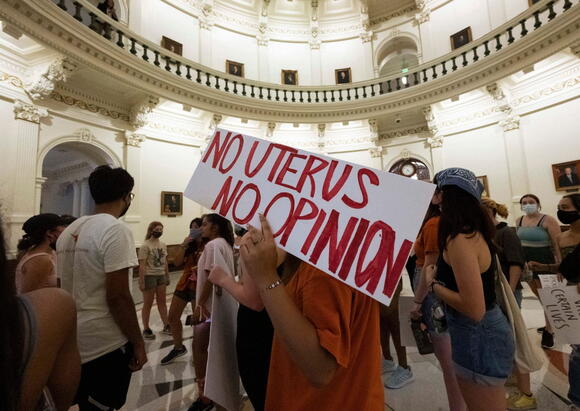 Ohio State experts say the Supreme Court’s apparent decision to overturn Roe v. Wade could affect laws in Ohio and the rest of the country. Credit: Courtesy of TNS

After a leaked draft of the Supreme Court’s decision to overturn Roe v. Wade was released , university law experts are giving their opinions on what this decision could mean for abortion laws in Ohio and the U.S.

A leaked draft of the Court’s opinion of the case Dobbs v. Jackson Women’s Health Organization — which covers a proposed Missisippi law that would ban abortions after 15 weeks — was released by Politico Monday. According to the 98-page draft , written by Justice Samuel Alito and signed by a majority of the Court, Roe v. Wade — a 1973 case that decided states could not excessively restrict a woman’s ability to get an abortion — would be overturned, giving state legislatures more power to allow or restrict abortions.

Lawrence Baum, former Ohio State professor in political science, said although the Court could uphold the Mississippi law which bans abortions after 15 weeks of pregnancy without overturning Roe v. Wade, the draft doesn’t intend to do so.

“That opinion says Roe v. Wade was wrongly decided and we’re overturning it,” Baum said about the leaked draft.

According to Ohio law , abortion is legal until a woman reaches 20 weeks of pregnancy, unless the pregnancy puts the woman’s life in danger. Anyone who aids in the performance of an abortion after this time period can be criminally charged.

Ruth Colker, professor in the Moritz College of Law and Heck Faust Memorial Chair in Constitutional Law, said for states with abortion bans already in effect, women will no longer have access to abortions the day after this decision is issued. These bans, called trigger laws, have been passed in Arkansas, Idaho, Kentucky, Louisiana, Mississippi, Missouri, North Dakota, Oklahoma, South Dakota, Tennessee, Texas, Utah and Wyoming, according to the Guttmacher Institute .

“Ohio isn’t yet on that list, but I would suspect they will be before July 1,” Colker said.

Colker said there are currently two Republican-sponsored trigger laws being discussed in Ohio that have not yet passed the legislature, House Bill 598 and Senate Bill 123, both called the Enact Human Life Protection Act. These bills look to ban abortion except in life-threatening situations.

If this Supreme Court decision is finalized, Colker said she believes the trigger bills’ approval process would likely speed up banning abortion in Ohio, even in cases of incest or rape.

Colker said if the decision to overturn Roe v. Wade is finalized, it could set a precedent for other constitutional laws to be overturned as well.

Colker said overturning Roe v. Wade could lead to an increased mortality rate among pregnant women. She said she fears the decision may be detrimental to women who would still want to get an abortion.

Baum said it is possible for the Court to reconsider its decision and reinstate Roe v. Wade in years to come, however, he believes it is unlikely that it would happen in the near future.