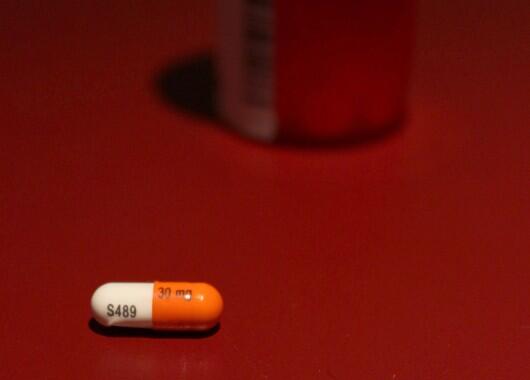 Fake Adderall pills laced with fentanyl found around Ohio State’s campus are causing an increase in overdoses and hospitalizations, according to Columbus Public Health .

Senior Vice President for Student Life Melissa Shivers and President Kristina M. Johnson sent out universitywide emails Thursday after three students were hospitalized , resulting in one passing away after overdosing Wednesday night in the off-campus area. Shivers said in the email as graduation approaches and summer begins, she wants students to “consider safety” as they celebrate.

“Being a Buckeye can certainly be something you want to celebrate,” Shivers said. “And it’s also important that you plan ahead and educate yourself about safe, healthy, responsible and legal ways to have fun.”

Hours after Shivers’ email, Johnson announced in an email that one of the students had died from the overdose. Another was in critical condition, and the third student was released from the hospital.

Johnson the university is mourning the loss and will not be providing personal information on the students.

“We are grieving and extend our deepest sympathies to the students’ family and friends,” Johnson said. “Out of respect for them during this extremely difficult time, we are not sharing further personal information.”

Pills such as Adderall — a medication used to treat attention deficit hyperactivity disorder to increase one’s ability to focus  — can contain the synthetic opioid fentanyl, which can lead to overdose or death, according to the Drug Enforcement Administration .

Shivers said students should consider the university’s Party Smart campaign — a program designed to teach students how to stay safe when partying, using drugs or drinking alcohol. Shivers provided several of the campaign’s recommendations for students, including how contaminated drugs result in a severe reaction or even death.

The Lantern reached out to the Columbus Division of Police and Ohio State for comment and more information. The story will be updated once that information is available.

If anyone has any information regarding the overdoses that occurred off-campus, they should call the Columbus Division of Police at 614-645-4545.

Additional resources regarding drug use and the Party Smart campaign can be found on the Student Wellness Center website .

If you or someone you know is struggling with substance abuse, there are resources available:

The story was updated at 8:11 p.m. to include a student’s passing and Johnson’s subsequent email.