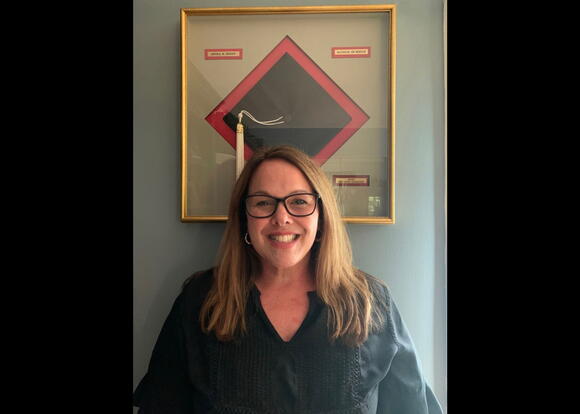 A former Ohio State professor in the Department of Sociology has filed an unserved lawsuit against the university for not reinstating her after she resigned amid a mental health crisis. Credit: Courtesy of Angela Bryant

A former Ohio State professor in the Department of Sociology filed a lawsuit against Ohio State Friday for not reinstating her employment after she resigned amid a mental health crisis .

The suit, filed in the United States District Court for the Southern District of Ohio, claimed the university violated the rights of Angela Bryant, a former tenured associate professor in the Department of Sociology, when it denied her medical leave and did not accommodate her bipolar and post-traumatic stress disorders.

“Defendant Ohio State University and its then officers violated the rights of Dr. Bryant, a tenured associate professor of Sociology at Ohio State’s Newark campus, when they denied Dr. Bryant medical leave they knew she was in need of and failed to accommodate her known mental health disabilities,” the lawsuit stated.

Fred Gittes, Bryant’s lawyer, said the lawsuit is a move to protect her rights with the Americans with Disabilities Act, which prohibits discrimination on the basis of disability.

The lawsuit stated that when Bryant requested leave and disability accommodations in the fall of 2020, her supervisors and human resources representatives knew she could not properly communicate her needs and refused to approve her leave unless Bryant provided documentation herself.

Bryant resigned from her position Nov. 11, 2020, in a profane email to Ryan King, then-chair of the Department of Sociology, according to the email obtained by The Lantern. King accepted her resignation and, nearly two weeks later, while involuntarily hospitalized for bipolar disorder, Bryant requested her job back but was denied.

“Dr. Bryant’s supervisors and Ohio State University’s human resources and legal counsel decided to take the purported resignation at face value, and then refused to allow Dr. Bryant to rescind it when, prior to the effective date of the resignation, she regained lucidity, explained the mental health reason for her email,” the lawsuit stated.

Bipolar disorder is a mental illness that causes intense shifts in mood, energy, concentration, activity levels and the ability to perform daily tasks, according to the National Institute of Mental Healt h . People with bipolar disorder can experience mania, in which they partake in uncharacteristic behaviors.

During a manic episode, an individual may experience psychosis, in which they have hallucinations and delusions, according to the National Institute of Mental Health.

At the height of her mental health crisis, Bryant experienced “extended periods of lucidity,” followed by days, weeks or months of disorganized thinking, intense paranoia and delusions, according to the lawsuit. Bryant was hospitalized on five different occasions to treat her mental health between December 2019 and November 2020.

While hospitalized and after submitting her resignation, King emailed Bryant, telling her the resignation would go into effect Nov. 24, 2020, according to emails obtained by The Lantern. Bryant responded that she would sue the university for violating the Family and Medical Leave Act.

The lawsuit stated King provided the two-week notice because he and others doubted Bryant’s resignation was her true intent and intended to wait for her to rescind it. Bryant was involuntarily hospitalized per court order on Nov. 13, 2020.

According to an email from Bryant to former Board of Trustees Chair Gary Heminger, Johnson and Gilliam April 5, Bryant tried to set up a meeting to discuss her reinstatement. Gittes said Bryant never received a response.

“Ohio State is committed to supporting the health and well-being of our faculty, staff and students,” Booker said. “While Ohio State takes individual privacy concerns seriously and cannot comment further on this specific case, the Ohio Civil Rights Commission has affirmed Ohio State’s handling of this sensitive employment matter.”

According to records obtained by The Lantern, Bryant filed a complaint Jan. 22, 2021, with the Ohio Civil Rights Commission after her resignation went into effect. In a Dec. 16, 2021, report, the commission dismissed her complaint, saying Bryant was unable to establish that the university discriminated against her on the basis of disability, making her claim “without merit.”

The lawsuit stated Bryant was denied an appeal process “ordinarily available to tenured faculty” and kept her from her work. It stated Ohio State violated a university rule which states that tenure can only be lost by formal resignation, proven incompetence or misconduct, reduction of appointment not due to approved leave or retirement, transfer to another facility, associated faculty status or due to a financial crisis which would threaten the university.

“When OSU tenured faculty members who are not experiencing mental illness informally indicate their intent to resign or retire from the University, the standard procedure is to provide them with extensive paperwork, which they are asked to personally sign to confirm their intent,” the lawsuit stated.

The lawsuit stated Bryant did not receive any paperwork to sign to confirm her resignation.