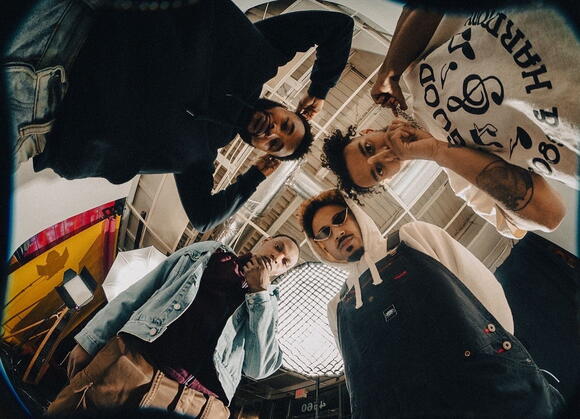 Performing artists and clothing vendors will join forces at the anime-themed event “Toonami” to celebrate anime and cosplay through music and fashion.

Created by the four musicians, Brent and Bishop Chilton, a graphic designer and photographer , “Toonami,” is an event themed around anime and cosplay and named after the Japanese and American action animation programming block Toonami, Brent said.

“It’s six Black dudes throwing an event based around their favorite pastimes like anime, manga, Japanese culture, hip-hop,” Brent said. “You have African American culture, Japanese culture, and it is culture being broadcast to Columbus in a way that allows us to feel like we’re a part of it and show ownership but also show respect and love.”

Chilton said the musicians will perform a mix of original music in genres such as hip-hop, rap, alternative and indie. The local vendors — Shamy Shadow , Goods by Danny Viengkhamkeo , TomorrowWeDie and Fiend — were chosen based on whether they fit the aesthetic of “Toonami,” each being trendy but still unique, Brent said.

The six members of the group behind the event had met up at other artistic events in the past, and Brent said they brainstormed theme and decor ideas for “Toonami” in mid-December 2021. They ultimately decided to focus on anime because of the group’s common interest, as well as the event date falling just two weeks after Ohayocon, a large anime convention hosted at the Greater Columbus Convention Center, Brent said.

Chilton said he helped produce promotions for the event, such as photos for flyers and social media , a short interview video of the performing artists and a podcast that has yet to be released. He said he also plans to film and take photos during the event and encourages those attending the show to dress in cosplay or trendy fashion.

“I’m making a series of my life, kind of,” Chilton said. “For each event I help host, it’ll be like a movie, and at the end of the year, I’ll host a movie showing of all I accumulated.”

Brent, who will DJ the event, said the main visual attraction at “Toonami” will be old televisions playing anime episodes on stage, some with specific episodes requested by the performers.

“I think I was just in my parents’ garage grabbing TVs and just was like, ‘Hey, you don’t use this no more, let me grab this and this DVD player — I’m going to play anime at a bar for five hours,’ ” Brent said.

Brent said the event space, Double Happiness, is a two-level venue, and the lower level will house the stage and bar while the vendors will be on the upper level.

Doors for “Toonami” will open at 9 p.m., and Chilton said the music will begin at 10 p.m. Tickets can be purchased presale for $10 or $15 at the door, and the event will be 18+ to foster an environment for just adults, Chilton said.

“My friends inspire me to make music, and I love their music — it is wonderful, and these are like my best friends,” Chilton said. “This feels like a team thing and more than a concert. Like, this is just for everybody, and we really want it to be seen and appreciated.”