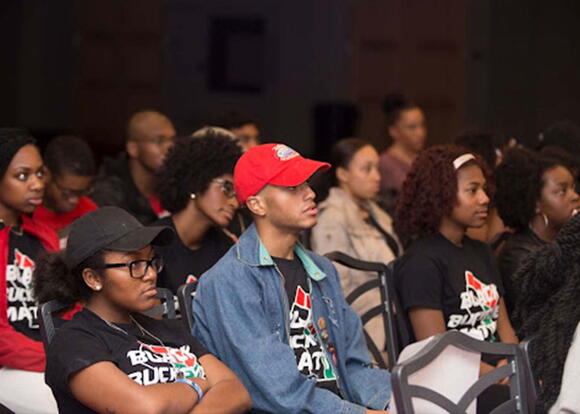 The African American Heritage Festival’s annual Word on the Street discussion, put on by the Multicultural Center, is making its way to the 44th rendition of the festival to provide a dialogue on Black culture in the media.

The discussion, titled “ Pop Culture or Black Culture? ” will take place Monday at 6:30 p.m. in the Round Meeting Room in the Ohio Union, according to the festival’s Instagram . Arielle El-Amin, a fourth-year in city and regional planning and Word on the Street co-chair, said the event is also meant to allow students to openly discuss personal experiences and Black culture in general.

Word on the Street: “Pop Culture or Black Culture?” is one of eight events making up the 44th annual African American Heritage Festival , which will kick off Friday, according to the website. El-Amin said the event will feature guest speakers such as Charity Martin-King, director of social change at Ohio State.

The African American Heritage Festival first started as a block party in the 1990s, but it has since transformed into an eight-day festival, Jaden Royal, a graduate student in educational studies and graduate administrative associate for the Ohio Union Activities Board, said. According to the festival’s website, this year’s event is themed around the Swahili word for “revival” — “uamsho.”

In addition to Word on the Street: “Pop Culture or Black Culture?” the festival will include a talent show and poetry showcase, as well as events such as OSU Reads: “Reaching for the Stars” and Gospel Fest: “The Revival,” according to the event schedule .

“Students can expect their voice to be heard, but they can also expect to learn a lot about different topics they might not have been well-versed in,” El-Amin said.

Royal said the festival will also collaborate with several student organizations, such as Black Students in Psychology, NAACP and the Black Student Association, to present students and members of the community with the discussion.

“Word on the Street is one of the most unique events because it allows us to gather Black people and people of color to talk about the taboo topics in the community,” Royal said. “Within the heritage festival, we have exciting events like variety and poetry showcases. Word on the Street is a more serious event.”

The festival and discussion are free to attend, and reservations are not required. Masks are required to be worn during the in-person event in accordance with university COVID-19 guidelines. According to the festival’s Instagram , a Zoom link will be available for interested participants to join “Word on the Street: Pop Culture or Black Culture?” virtually.

“The festival’s goal is to provide a space for, obviously, Black students, but also students of color and marginalized students on campus, to feel like they have a space on this predominately white campus,” Royal said.