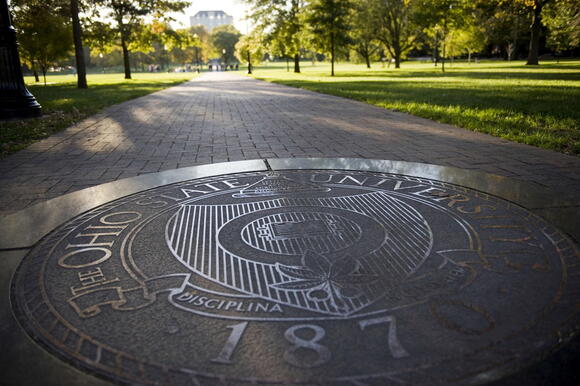 The Ohio State Board of Trustees discussed topics ranging from Intel’s move into Columbus to the university’s COVID-19 response in its public session Thursday.

The university voted in favor of a program to encourage student entrepreneurship and discussed university partnerships.The trustees also approved $1.2 million for the Framework 3.0 development plan, an update to the 2017 plan .

“We reached a very significant milestone,” Wang said. “This will help us work on the water and sewer lines, and at the same time over the next 25 to 30 years, help with the physical infrastructure development of the Innovation District.”

At the board’s research, development and strategic partnerships committee, trustees discussed the President’s Buckeye Accelerator program, which aims to support student entrepreneurs. The program received almost 40 applications — of which six teams will be awarded $50,000.

President Kristina M. Johnson highlighted how the tech company Intel building a semiconductor plant in the the Columbus area will improve both the economy in the area and serve as a career pipeline for graduating Ohio State students.

Johnson said in the meeting the move is expected to create 7,000 construction jobs and 3,000 permanent jobs in and around Columbus, and tens of thousands more jobs throughout Ohio.

“We’ll do our best to make sure that this is a fantastic success for Intel,” Johnson said.

Johnson said over 13,000 students have entered the Buckeye Booster Drawing — a lottery which awards students and faculty who have received their COVID-19 booster cash gift cards — as of Friday.

The Board also approved the establishment of a doctor of nursing and master of structural engineering programs and awarded Republican Senator Rob Portman an honorary doctor of public service degree, according to the meeting agenda.

On the partnership front, the university received $3 million from the state of Ohio to design and distribute a curriculum for the state’s Broadband and 5G Sector Partnership .

“Rural areas of the state have been tremendously limited by workforce ability, so by doing this, we’d be helping the state achieve this scale of workforce development,” Wang said.

The university and some of its partners are designing the Starlab commercial space station, which focuses on space and terrestrial plant biology and agricultural sciences. According to Ohio State News , researchers will also be able to advance spaceflight materials, artificial intelligence and space-based remote sensing.

Targeted for launch in 2027, Starlab is dedicated to “fostering commercial industrial activity, and ensuring continued U.S. presence and leadership in low-Earth orbit,” according to a NASA press release .

“This is very exciting,” Wang said. “Not only because of the scale and the long-term work our team will be engaged in, but this is very forward thinking.”