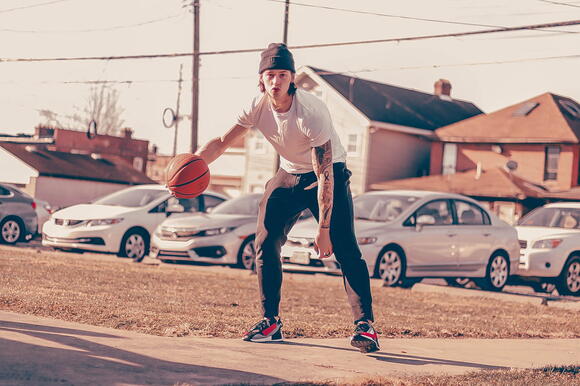 When name, image and likeness opportunities in the NCAA became available to student-athletes, Jimmy Sotos hit the ground running — this time, off the court.

Sotos, a graduate student in sports management and a member of the Ohio State men’s basketball team, has amassed a following of 1.1 million on TikTok and 150,000 on Instagram. Sotos said he discovered TikTok while enrolled at Bucknell University and eventually decided to create an account as a way to put out uplifting content.

“Just wholesome, genuine, positive energy,” Sotos said. “Me and my friends just get on there, dance and just be ourselves in the camera, and it seems to really resonate with people.”

Following Sotos’ first viral video, his view counts continued to trend upward one after the other, which he said encouraged him to keep posting content.

On June 28, 2021, Ohio passed NIL legislation for colleges and institutions allowing NCAA athletes to profit off of their name, image and likeness. Once able to accept brand deals, Sotos said he enlisted the help of a trusted attorney-by-trade: the oldest of his three brothers, Tommy.

“Jimmy and I have a very, very close relationship, and it was just a very natural thing for him to ask me questions about what he can and cannot do,” Tommy Sotos said. “It very organically developed into what it is now, where I am just sort of advising Jimmy on everything he’s doing.”

Jimmy Sotos said he is now repositioning the brand to fashion-centric, formal streetwear, rather than fan merchandise.

Following his own merchandise release, Jimmy Sotos, along with the Ohio State men’s basketball team, released a “Team 123” line as part of “The Players Edition” merchandise brand in January.

“It was kind of a historic moment,” Jimmy Sotos said. “We were able to launch team merch for the first time that all the players collectively benefit from monetarily, and we sold out. The support there has been awesome.”

Although they began working on the line over the summer, Jimmy Sotos said creating team merchandise commemorating the 123rd Ohio State men’s basketball team took time, patience and intense collaboration with designers and lawyers, considering the recency of the opportunity.

Now that the brand is in full swing, Jimmy Sotos said future Ohio State men’s basketball teams will be able to benefit from it as well.

“So next year it’ll be ‘124’ merch, and you don’t have to go through all the stuff we had to go through, and that’s why it took so long for the merch to come out,” Jimmy Sotos said. “So now, all you got to do is be part of the team, and we’ll take care of the rest.”

Since his social media journey began, those around Jimmy Sotos said they have recognized his innate knowledge for how social media and business work.

“He understands where his value can come for a brand in a deal,” Tommy Sotos said. “He understands the way that companies on the other side of deals are looking at him, what they’re looking for from him.”

Gary Petit, associate director of the men’s basketball team, said he believes Jimmy Sotos is a good example of how athletes can benefit from the new NIL rules.

“I think just looking at Jimmy as a whole, he almost is exactly what the NIL was set up for,” Petit said. “I think he’s using the rules and the setup exactly how it was intended to be used.”