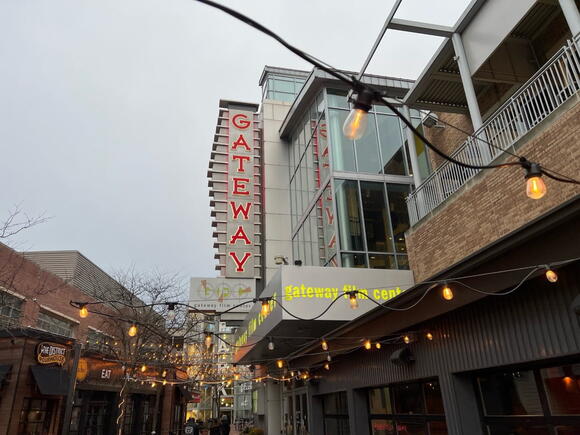 Three films from the documentary series “Exhibition on Screen” will be shown at the Gateway Film Center, the McConnell Arts Center and the Columbus Museum of Art in February, March and April. Credit: Michael Napolitano | Lantern Reporter

Over the next several months, the Gateway Film Center and partnered Columbus locations will showcase a series of film documentaries focusing on world-famous art exhibits and motivations behind their creations.

Three films from the documentary series “ Exhibition on Screen ” will be shown at the Gateway Film Center, the McConnell Arts Center and the Columbus Museum of Art from February to April, according to Gateway’s website . Chris Hamel, president and chief executive officer for the film center, said this program has previously done very well at the center and that he expects it to continue to perform well.

“Historically, it’s done very well, and I think with the number of art supporters who are now getting an opportunity to discover it or participate in it, the show will continue to grow in popularity,” Hamel said.

The next film in this series, “Van Gogh: A New Way of Seeing,” will be shown at the film center Feb. 3-6, according to the website . This film is said to focus on paintings created by Van Gogh that are on display at the Van Gogh Museum in Amsterdam.

The remaining two parts of this film exhibition, “Frida Kahlo” and “Easter in Art,” will be shown at the film center March 17-20 and April 14-17, respectively, according to the website. Although this is not the first time the series has been shown at the film center, Hamel said it has been multiple years since the last time it was shown due to the onset of COVID-19.

“Obviously with the pandemic, the film center was open pretty sporadically for about a year and a half, so it’s been since the mid part of the twenty-teens since we’ve been a part of the ‘Exhibition on Screen’ program,” Hamel said.

Grace Cole, vice president of marketing and communications at the film center, said this year’s showings are unique because the center is partnering with the McConnell Arts Center and the Columbus Museum of Art for the films to be shown at all three locations for the first time.

“We’re thrilled to bring it back, but to be able to do it as part of a partnership is a really great opportunity for us,” Cole said.

“Exhibition on Screen” is an international program that has been shown at many locations across the world, Hamel said. The films being shown in Columbus are chosen from the series based on the film center’s curated program, which Hamel said prides itself on championing artists and bringing opportunities to the community.

“The film center is always looking for opportunities to educate and offer great programming to our community,” Hamel said.

Hamel said the film exhibition allows viewers to be able to see artistic works without having to travel across the world to do so — something that is especially timely, given the pandemic.

“It’s been pretty hard for anybody in our community to travel to other parts of the world in the last few years, so this program gives viewers the opportunity to tour some of these amazing gallery spaces all over the world,” Hamel said.

Cole said she hopes viewers will consider the program to be a good opportunity to hear from experts and see art in a way that is not regularly available to the public.

“I really hope that there is support for this program because we exist as a venue that needs community support,” Cole said.

Hamel said the Gateway Film Center has plans to show more films from the “Exhibition on Screen” series in the future. Tickets are $12 for members of the film center and of the Columbus Museum of Art, and $15 otherwise. Show times and details can be found on the film center’s website.