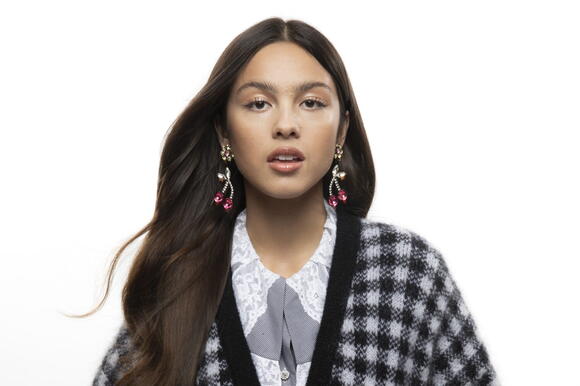 Olivia Rodrigo, who released her debut studio album “SOUR” May 21, 2021, was one of the best artists of 2021, according to Lantern readers. Credit: Courtesy of Jay L. Clendenin / Los Angeles Times

Although there may be debate surrounding which albums were the cream of the crop, Lantern readers were largely in agreement on some of their favorites this year.

This calendar year was jampacked with music from some of the world’s biggest artists, ranging from Doja Cat to Lil Nas X, Kanye West to Olivia Rodrigo. Albums from artists who were already established in the music scene, as well as several breakthrough artists, were played heavily throughout the year by listeners worldwide, and several albums, in particular, found themselves on heavy rotation at Ohio State.

Here are the top five albums of 2021 voted on by Lantern readers:

It is no surprise that “Red (Taylor’s Version)” is on this list, as her transition into owning the songs that she puts out has received an overwhelming amount of support from her fans. The original version of “Red” was released in 2012 and went No. 1 on the Billboard 200 chart that year. Although “Red (Taylor’s Version)” didn’t sell as many units as the original album, it also went No. 1 and had all 26 songs on the Billboard 100 .

The importance of “Red (Taylor’s Version)” goes beyond its updated sound and a few new tracks. The new rendition of “Red” allows Swift to make money off of and own the rights to her own music, something she was unable to do when working with her old record label and Scooter Braun .

Now, as students around campus play Swift’s album and enjoy her newly owned music, it has become clear that “Red (Taylor’s Version)” is one of the most important albums of the year.

4. ‘The Melodic Blue’ by Baby Keem

Baby Keem has been rising in popularity over the past several years and has finally reached a level that has garnered plenty of attention. Keem’s “The Melodic Blue” features many hit songs such as “range brothers (with Kendrick Lamar),” “family ties (with Kendrick Lamar)” and “durag activity (with Travis Scott).”

Some of the tracks found large audiences on TikTok, which seemed to encourage more people to listen to the entire project and landed him a debut at No. 5 on the Billboard 200 . As an emerging, young star, it will be interesting to see how Keem can follow up a successful album like “The Melodic Blue” in upcoming years. Until then, Ohio State students will have this 19-track album to fall back on.

Adele’s long-anticipated album, “30,” was finally released this year — giving many listeners what they had been craving in the six-year wait since her 2015 album, “25.” As popular as “30” was with the masses — Adele earned herself her third No. 1 album on the Billboard 200 — it is no surprise students across campus quickly fell in love with it.

Adele’s pervasive control over the music industry continued in 2021 with “30,” and it is unlikely she will lose relevance any time soon. However, considering the wide gap between “25” and “30,” students would be wise to savor this album, as there may not be another for some time.

Silk Sonic’s “Leave The Door Open” took the world by storm upon its release in March, leaving listeners eagerly waiting for the full album. Pop icon Bruno Mars and R&B star Anderson .Paak formed a duo no one knew they needed and delivered on their project, “An Evening With Silk Sonic.” Although the No. 1 spot on the Billboard 200 was occupied by “Red (Taylor’s Version),” Silk Sonic was able to land the No. 1 spot on the Billboard Top R&B/Hip-Hop albums chart .

With hits such as “Leave The Door Open” and “Smokin Out The Window,” along with equally solid tracks on the album, “An Evening With Silk Sonic” clearly lived up to the hype it created. Despite being made up of an unlikely duo, many are hoping Silk Sonic will continue its run for years to come.

Olivia Rodrigo was indisputably one of 2021’s biggest stars, so it only makes sense that her debut studio album, “SOUR,” was Ohio State’s favorite album of the year. Unsurprisingly, all 11 songs on the album landed within the Billboard Hot 100’s top 30 songs .

At just 18 years old, Rodrigo had one of the most successful music careers of the past year. With Rodrigo being younger than many students on campus, one can hope there will be more albums to come from her, allowing more students to experience the joy of listening to Rodrigo on their way to class.