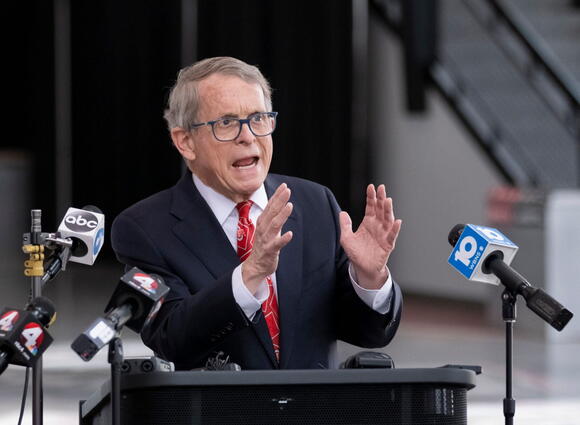 According to the Legislative Service Commission , Senate Bill 157 expands the crime of abortion manslaughter to include a failure to provide medical attention for babies born alive after an abortion and allows the affected mother to sue the doctor for wrongful death. Consequences for doctors who fail to act could range from loss of medical license to incarceration, according to the Legislative Service Commission.

According to the Centers for Disease Control and Prevention’s website , between 2004-2014, 143 babies were born alive during an abortion procedure and later died.

Under the Ohio Revised Code , abortion manslaughter occurs when a person purposely takes the life of a child born alive during an attempted abortion when removed from the mother’s uterus.

In a statement , Ohio Republican Party Chair Bob Paduchik said he was glad the bill passed.

“Gov. DeWine and Ohio Republican legislators have been courageous advocates for the most vulnerable among us: the unborn,” Paduchik said. “Every child deserves compassion and care, and the ‘Born Alive Law’ will help protect and preserve innocent life.”

Before the passage of the bill, Ohio law required clinics that offered surgical abortions to maintain a written transfer agreement with a local hospital in case of emergency.

The bill also bars abortion clinics from working with doctors who teach at taxpayer-funded hospitals and medical schools, which includes Ohio State.

Dr. Adarsh Krishen, chief medical officer for Planned Parenthood of Greater Ohio, said in a statement there is no reason doctors should be kept from supplying backup coverage to abortion providers.

“There is no medical justification for disallowing qualified, experienced physicians from agreeing to provide backup coverage for abortion providers under a variance,” Krishen said. “In fact, if the state was genuinely concerned for patient safety, such physicians would be ideal.”

Dan Tierney, press secretary for DeWine, said the bill aligns with the governor’s beliefs on protecting the unborn.

“Gov. DeWine has long believed that government has a role in protecting the most vulnerable in society,” Tierney said. “That includes the unborn.”

According to the bill, the state will also require the Ohio Department of Health to develop a “child survival form” that a doctor would be required to complete any time a child is born alive after an abortion. The form records information about the attending physician, facility and procedure, and would remain confidential, according to the law.

The bill also requires facilities where children were born alive after abortions to submit a monthly and annual report to the Ohio Department of Health. The department will use the data for an annual report summarizing its findings.

Alexis Humphries, a third-year in political science and communication and treasurer for Generation Action at Ohio State, said the law is unsurprising.

“This bill is a direct attack on Ohioans’ bodily autonomy,” Humphries said. “It is unsurprising considering the 30 prior legislative attacks that Ohio Republicans have introduced since 2011, but this does not mean that we will back down.”