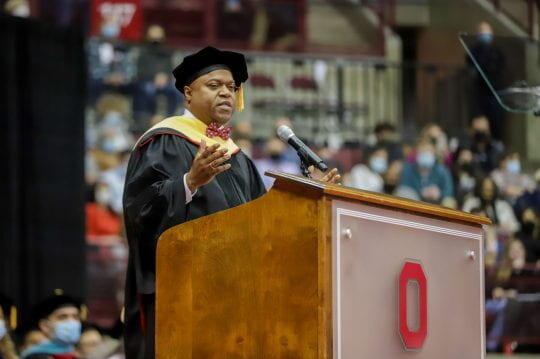 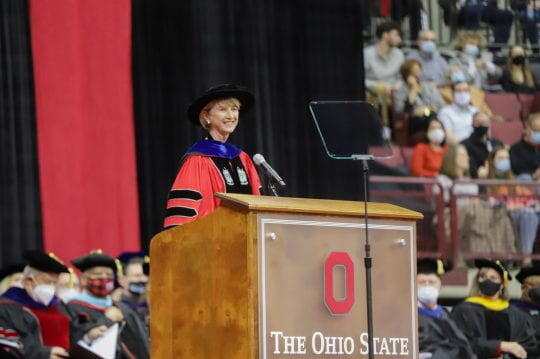 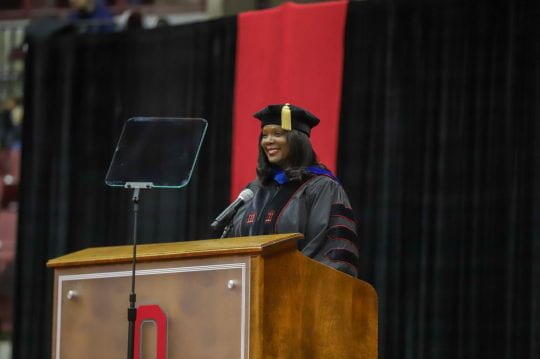 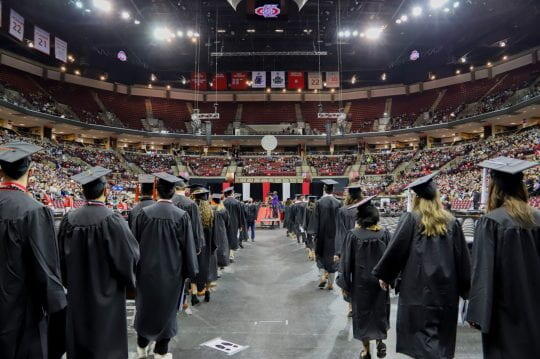 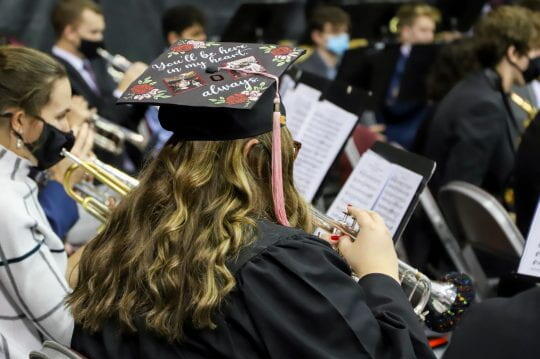 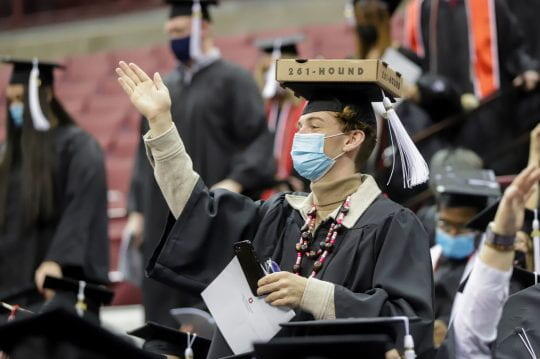 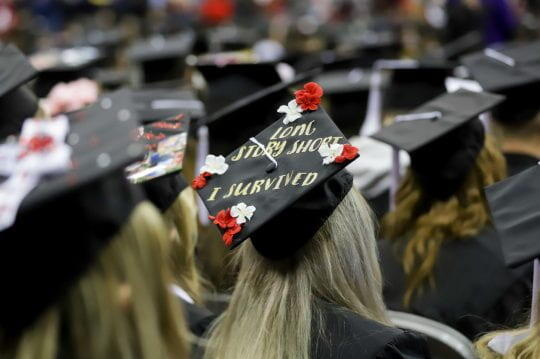 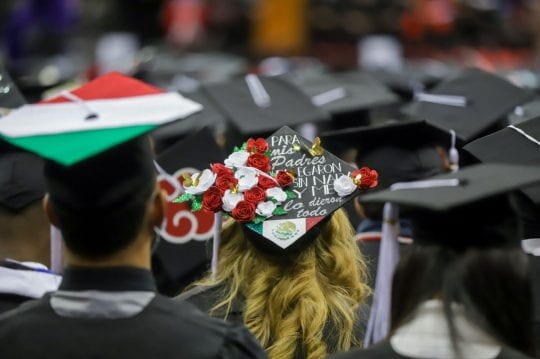 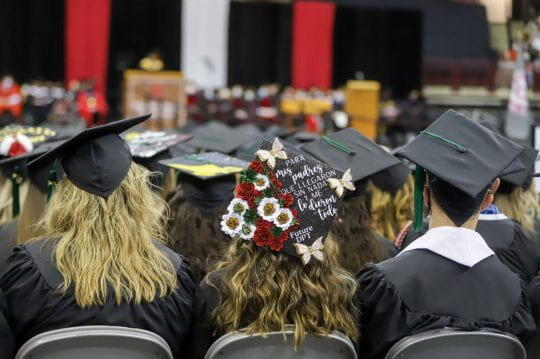 During commencement for autumn 2021 graduates Sunday, Frederic Bertley, president and CEO of the Center of Science and Industry, told graduates they have the opportunity to make a large impact on the world.

Bertley said this semester’s graduates will inherit a world of great scientific advancement and social progress but must also navigate its present poverty, death and inequality. With the range of values instilled by an Ohio State education, he said graduates are prepared to lead and serve in the 21st century.

“Your Block-O branded toolkit is filled with grit and perseverance,” Bertley said. “There has been no harder time in our last century than these two pandemic-ravaged years, and you all with a rarefied and steadfast commitment plowed through, soldiered on and stuck it to the end.”

Bertley likened graduates to the “chosen ones”— those who lead and bring hope to others, working with dignity and empathy to serve the public and make the world a better place.

“You can’t buy this. You must be accepted into the hallowed halls of the university and then you must earn it,” Bertley said. “Indeed you are the chosen ones.”

The graduating class included sixteen students who will be commissioned into the U.S. Armed Forces, University President Kristina M. Johnson, who also gave parting advice to the crowd, said.

“My advice today is to have a little less angst about where you’re headed,” Johnson said. “It’s going to be a journey, with frustrations and surprises and even shocks, but which is guaranteed to be pretty interesting if you pay attention.”

Johnson named specific 2021 graduates who she said exemplified life-long learning, resilience and passion, including Doris Huffman, who received a master’s degree in education Sunday from the College of Food , Agricultural and Environmental Sciences. Huffman began her educational career at Ohio State in the 1950s as one of the few women in agricultural schools, finishing her degree several decades later after running a family farm, developing a construction business and growing community 4-H clubs — youth development organizations for K-12 students.

“The changes you experience in your journey and the new perspectives those changes give you will make you wiser and hopefully more compassionate too,” Johnson said.

The ceremony adhered to the university’s masking protocol for all attendees, but allowed up to eight guests, eliminating the two-guest rule followed for previous commencement ceremonies during the pandemic, according to the university’s commencement website . The ceremony was also broadcast online for those who could not attend the event in person.

Honorary doctorate degrees were awarded to Robert Bilott, an environmental attorney, and Kathryn Sullivan, the first American woman to walk in space. Sullivan is also the inaugural director of the Battelle Center for Mathematics and Science Education Policy, a former administrator of the National Oceanic and Atmospheric Administration and a former president and CEO of COSI.

Before the ceremony closed with “Carmen Ohio,” Senior Vice President of Alumni Relations Molly Ranz Calhoun welcomed the fresh graduates as alumni of Ohio State and Buckeyes for life.

“Make sure that when you look back decades from now, you can say that you did it all with kindness, integrity and honesty,” Johnson said. “And I’m sure you can.”