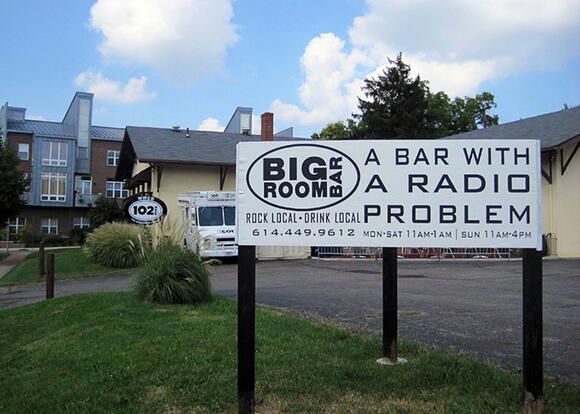 For small Columbus artists looking to get their name out there, the Columbus Music Commission is hosting an event to help.

“The Unheard: All Ages Showcase,” presented by the Columbus Music Commission, will be held Dec. 19 from 1-5 p.m. at CD 92.9’s Big Room Bar, Thane Leshner, project manager at the commission, said. He said the showcase will be an opportunity for new, lesser-known artists to perform for an audience and network with other local performers.

“What we want to do with this is create a showcase that will allow people that don’t have any experience on stage to come in and meet each other and create a sense of community out of that so they know each other and they can learn from each other,” Leshner said.

The showcase is free to attend and Leshner said there will be a total of five performers, such as Callan Foster and Tifanni Marie, according to the event’s ticket page , with 20 to 30 minutes of performance time allotted to each.

It can be difficult for local artists to get their names out there due to a lack of available performance venues in Columbus, Leshner said. He said the goal of “The Unheard” is to provide a space for smaller artists to grow musically and professionally.

“My vision for this is, five years from now, when these musicians are all either still performing in this band, or they’re doing another project, they’ll run into somebody that they played with at this, or maybe they’ll still be booking shows with them,” Leshner said.

Randy Malloy, president and CEO of CD 92.9 radio station, said the motivation for “The Unheard” is to support local artists and to help make Columbus a city where musicians can thrive.

“That next Twenty One Pilots, next Rolling Stones, every musician if you think about it, no matter where they are and how they’re discovered, they were all local bands once somewhere,” Malloy said. “Why not help promote and inspire the bands of tomorrow that are coming from here in Columbus?”

As a rapidly growing city, Malloy said Columbus has great potential to become a musical hub that will hold onto artists who would otherwise go to bigger cities to become successful.

“You have a lot of people that come in and out of the city constantly with 20 percent turnover on an annual basis,” Malloy said. “That brings a lot of fresh ideas, fresh people. And it really makes for a very transient city, which brings in a lot of musicians and a lot of artists.”

Malloy said Columbus has focused on sports as its economic driver because of the Ohio State Buckeyes and the Columbus Blue Jackets, but music can also drive economic growth and should also be a focus. He said “The Unheard” will contribute to putting more of a focus on music and building the industry in Columbus.

“This can be a hub for record labels and studios and bands and a lot of other things that you see in other cities that we’ve sort of been passed over for,” Malloy said.