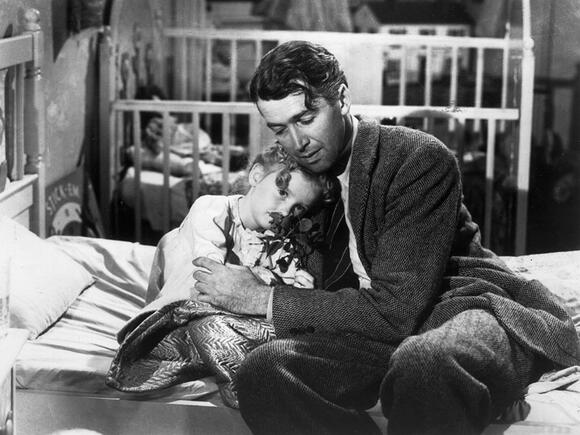 This winter season, Gateway Film Center is once again presenting holiday classics the way they were meant to be seen: on the big screen.

Returning for its 11th year, the Holiday Classics film program at Gateway is back in person for the month of December. The program will feature three different holiday films every Friday, Saturday and Sunday through Christmas, according to its website.

Gateway kicked off its holiday program Friday with three films from Hollywood’s golden age, presented through Sunday: “Christmas in Connecticut,” “It Happened on Fifth Avenue” and “The Shop Around the Corner,” according to the website.

“I grew up watching a lot of the old Christmas movies,” Haley Sammons, a first-year in pre-nursing, said. “I do have a preference for the older movies. I’m very much an old soul, so I like the 1940s and ‘50s movies.”

The holiday season is a time for family traditions, one of which, Sammons said, is gathering with loved ones to revisit nostalgic Classic Hollywood Christmas movies and passing films down from generation to generation.

“We used to be very consistent, but with COVID it changed and put more of a damper on things,” Sammons said. “So, I hope to get back to that.”

Sammons said she is familiar with classic Christmas movies such as “Meet Me In St. Louis,” “A Christmas Story” and “It’s a Wonderful Life” and prefers the emphasis on familial connection, Classic Hollywood fashion and the storylines in older holiday films compared to modern ones.

Similarly, Kenedy Witherow, a third-year in environment, economy, development and sustainability, said she and her family find themselves coming together more during the month of December, often to settle down and put on a movie. However, Witherow said her family gravitates more toward comical holiday movies.

“We will watch ‘Elf’ maybe five times during the holiday season,” Witherow said.

Although more modern, comedy-based holiday movies are what Witherow is used to, she said she would like to see older holiday films — especially “It’s a Wonderful Life” — that society regards as classics.

“Movies like that, society just knows for the most part, and I don’t,” Witherow said. “When people mention something about it or I see a meme that’s referencing it, I feel left out, so I do definitely want to watch older things that are classics.”

Although Sammons said her family typically gathers together to watch movies in the comfort of their home, she said she would like to view a holiday film from inside a movie theater with her mother and grandmother.

“I think it would be an experience to try, and if we like it, try it again,” Sammons said.

The remainder of the program includes a wide range of classic films, in addition to several more modern hits. The full lineup and more information about the program can be viewed on the Holiday Classics 2021 website .