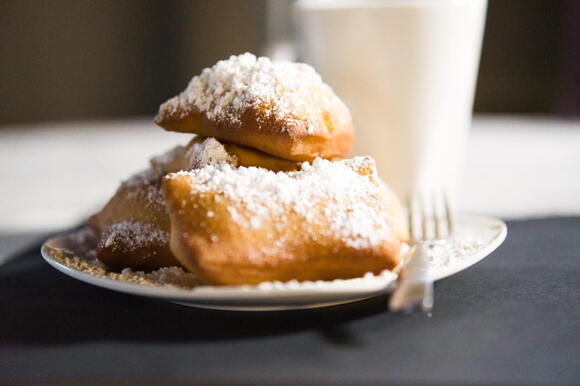 Way Down Yonder Beignets and Coffee is set to open at the end of 2021, offering traditional New Orleans desserts and food to the city of Columbus. Credit: Courtesy of Chrissy Photography

A family of entrepreneurs and New Orleans natives are bringing the spirit and culture of their city to downtown Columbus.

Way Down Yonder Beignets and Coffee , a spin-off of the company’s New Orleans Finest Restaurant , is set to open at 386 E. Main St. at the end of 2021, Yonder Miller, co-founder of the restaurant, said. Miller will open the restaurant alongside her cousin, Rickelle Viney, as they aim to bring New Orleans favorites and Southern hospitality to Columbus.

“Back in New Orleans, we have places we can just call our home,” Miller said. “I want that to be the same for the people here. They might never get the opportunity to visit New Orleans, and if I can give something like that to the people here and give them a little taste of it, I feel like we’ve done our job.”

Way Down Yonder New Orleans Finest Restaurant, located at 3847 S. High St., was started by Miller’s mother in 2017, and Miller’s desserts came along for the ride. Miller said her beignets and desserts took on a life of their own at the restaurant, which inspired her to expand and offer her talent to more people.

“First and foremost, it will add culture to the city, and that’s something I feel like Columbus specifically could benefit from,” Viney said. “We hope to garner the support of our local community as we share the culture, the good food and begin to grow from there.”

Viney said Way Down Yonder Beignets and Coffee has hired young chefs from the Columbus State culinary school with the hopes of helping them make a name for themselves, fine-tune their craft and put their creativity to work.

“We were young once, and we were full of ambition and creativity,” Viney said. “It’s no fun to do something the way someone else wants you to do it, especially if it’s something that you are passionate about, have trained for and gone to school for. I think it’s only right to allow them to spread their wings and show people what they can do.”

Throughout the journey of expanding the family business, Miller said she has been proud of everything they have accomplished and will continue to accomplish in the future.

“People feel as though you can’t work with family, but we tend to allow it to work,” Miller said. “Through the hardships, the struggles and the adversities that you face as a family business, we see the bigger picture and know that this is a lot bigger than us. This is here and we’re going to keep growing.”