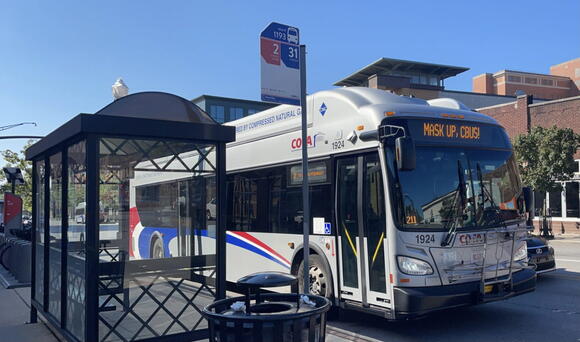 In an effort to go cashless, COTA has a new app partnership, allowing riders to pay with their phones.

Jeff Pullin, COTA public and media relations manager, said many riders overpay for daily public transportation — but there are ways to save money. Transit , an app that maps real-time public transit worldwide, and the new COTA Smartcard will make riding easier and cheaper.

According to the COTA website , the transit service has not yet determined a final date that it will stop accepting cash as a form of payment.

The app will track rider payments and cap it automatically once the daily or monthly payment limit is reached, Pullin said. The new fare policy ensures that nobody who uses the app and has an account pays more than $4.50 a day and $62 a month, Alyne Rodriguez, COTA director of government affairs, said.

According to the COTA website , prices without fare capping could total $8 a day versus $4.50. Pullin said some riders pay a couple hundred dollars a year in transit, when they could be paying less.

“We have to make sure they are well educated and confident in using the system,” Pullin said. 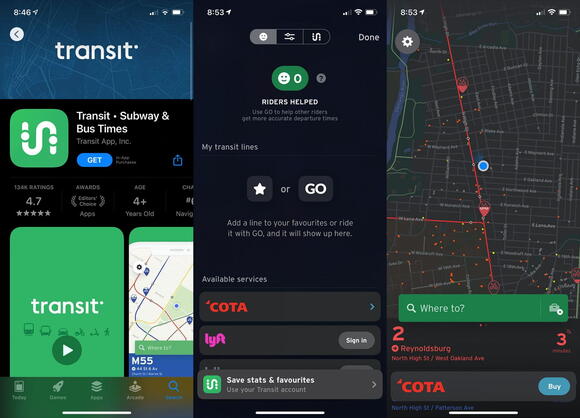 Smartcard — a card that can have money loaded onto it —and the transit app are now being offered to make riding easier and cheaper for public transit users. Credit: Courtesy of Transit via Lauren Van Niel | Lantern Reporter

Regardless of travel direction, bus tickets purchased through the app and Smartcard are valid for two hours, according to COTA’s website . Transfers in the two-hour timespan are included in the cost of a single trip.

The current payment system is still in use while COTA transitions to the app. Students will still be able to use their BuckID on the new system, Rodriguez said.

Those who do not have a mobile device can load cash onto a Smartcard. The initial card is free and can be picked up at the Customer Experience Center at 33 N. High St., according to COTA’s website . There is a $3 fee to replace lost or stolen cards

Rodriguez said COTA has been collaborating with local nonprofits to aid in frequent riders’ transition to the new payment system.

“Our goal is never to leave anybody behind,” Pullin said. “It will be a very extensive effort to make sure we have as many people as possible adopting this system before we ever go cashless.”