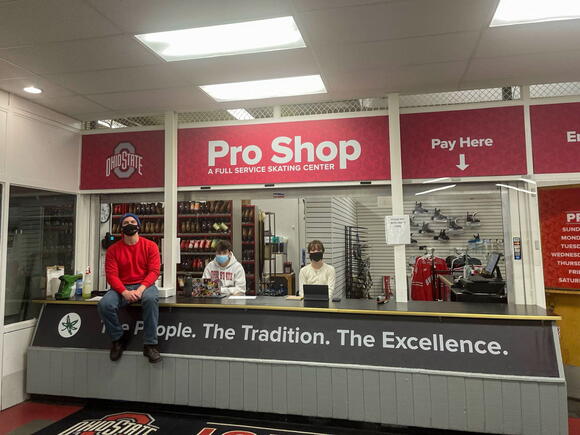 The Ohio State Ice Rink is open at various dates and throughout November and individuals can check the rink’s Facebook page for more information. Credit: Kayla Bush | Lantern reporter

The freeze on open ice skating at Ohio State for the summer months has come to an end as the Ohio State Ice Rink has reopened its doors for the open skate season.

The schedule for open skating is determined on a monthly basis, Gabriela Schmidt, student assistant at the rink and a first-year in international studies, said.

In November, open skating is available during various times Wednesday through Sunday, according to the rink’s Facebook page .

Malachi Lundell, assistant manager of the rink, said schedules will be updated on the rink’s Facebook page.

According to the rink’s website , admission for students, faculty and staff is $5 or $6 for the general public. Ice skates are available to rent for $3, and lockers are available for 50 cents.

“The big thing with public skating is there can be a lot of bodies on the ice during a pandemic, so we are taking precautions to prevent the ice rink from overcrowding,” Lundell said. “There is no maximum capacity, but we do require face masks.”

On average, there are about 40 skaters — mostly Ohio State students — on the ice during each open skate session, Lundell said.

“Some will have their own skates, some do not, but it’s just that time of year to come out and have fun,” Lundell said.

For more information on open skate and the updated schedules, click here .