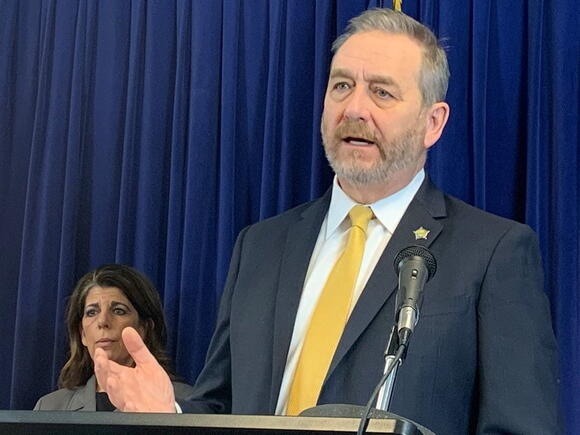 A release from the Ohio Attorney General’s office Thursday announced the lawsuit against Biden , stating the mandate, which also applies to employees of federal contractors, will result in losing a number of workers.

“I’ve said it many times: The Biden Administration may not do whatever it wants however it wants,” Yost said in the release. “The Constitution lays out critical rules by which the executive branch must operate. Congress and the states have their own powers, which the administration can’t just take over because it wants to.”

The lawsuit, which was filed in conjunction with Tennessee and Kentucky, states the federal government has no authority to enforce mandates and further, Congress did not give Biden the power to issue the rule.

According to the lawsuit, the two Ohio sheriffs — one from Seneca county and the other from Geauga — both have contracts with the Department of Homeland Security to house undocumented immigrant detainees in their county jails.

The lawsuit stated due to the federal vaccine mandate, the sheriffs will lose employees if the COVID-19 vaccine continues to be required.

“We have sheriffs that are going to lose a lot of talented deputies to this mandate, and they’ll ultimately give up their contracts to house ICE detainees rather than see that happen,” Yost said in the release. “Forcing that kind of choice on people who dedicate their lives to keeping our communities safe creates a needless situation where everyone loses.”