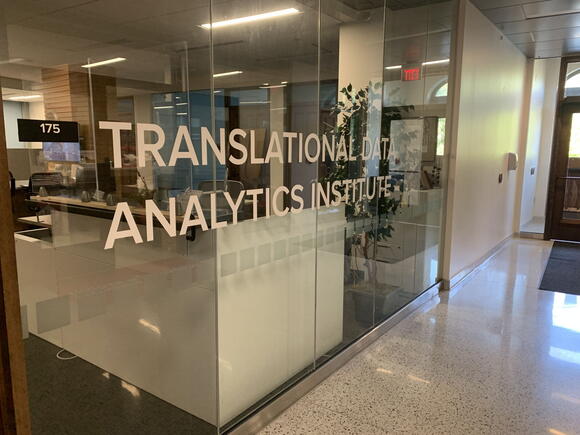 Ohio State was awarded a $15 million grant from the National Science Foundation Sept. 28 to create the Imageomics Institute, an interdisciplinary institute that aims to transform biomedical, agricultural and biological sciences.

According to the Translational Data Analytics Institute website , the institute is one of the first to use discoveries by the NSF to support its Harnessing the Data Revolution initiative . The Imageomics Institute created a new field of study in which scientists use images of organisms to understand biological processes on Earth.

The project will be led by faculty from Ohio State’s Translational Data Analytics Institute, or TDAI, in collaboration with scientists from Tulane University, Virginia Tech, Duke University, Rensselaer Polytechnic Institute and 30 other universities and organizations around the world, according to the TDAI.

Imageomics will use data analysis to identify biological and physical traits in images, Tanya Berger-Wolf, director of the TDAI, principal investigator for the Imageomics Institute and professor in the department of computer science and engineering, said . Artificial intelligence then gathers information and outputs material that is determined by biology.

The goal of the project is to use artificial intelligence to categorize different kinds of biological information, Bryan Carstens, affiliate of the TDAI and professor in the department of evolution, ecology and organismal biology, said.

“Genetic data are sometimes not clearly different when looking at them, but can be partitioned into two groups,” Carstens said. “We would design algorithms that look for subtle differences in size, shape or orientation of certain features that humans are not perceptive to pick up on, but the computers would be.”

According to the TDAI, photos studied will include collections from museums, labs, the National Ecological Observatory Network and photos taken by other scientists, drones and members of the public who have uploaded pictures to platforms such as eBird, iNaturalist and WildBook.

Carstens said a lot of biological data already exists in museums, since identifying individual species and taking measurements were how specimens were studied up until now. However, he said this process is labor intensive and time consuming, and imageomics will make the process much easier.

“The hope of the Imageomics Institute is that biologists will be able to partner with computer scientists and dramatically increase the pace at which we can make discoveries,” Carstens said.

According to the TDAI, the ability to use images will get scientists closer to answering specific questions about how certain animals physically express their genes and how hereditary genes work.

Berger-Wolf said there is a whole family of fish that humans cannot tell apart with the naked eye, but scientists know from the genome that they are different species. They hope computer-based approaches will point out the differences between the species and the evolutionary processes that have made this possible.

“There are so many pictures of organisms that exist with value that we have not been able to analyze, and this will change the way that we see the natural world,” Berger-Wolf said. “This is where the frontier of this research is. It is the coming together of machine-learning computer scientists and biologists.”

Similar to how the study of genomics has inspired numerous other disciplinary fields, the study of imageomics can also eventually expand the medical field, Berger-Wolf said.

“Eventually, this can lead to looking at images of cells and organs, images of cancer cells and the classification, ‘What makes this cancer vs. not a cancer? What are the biological traits that make them different?’ ” Berger-Wolf said.