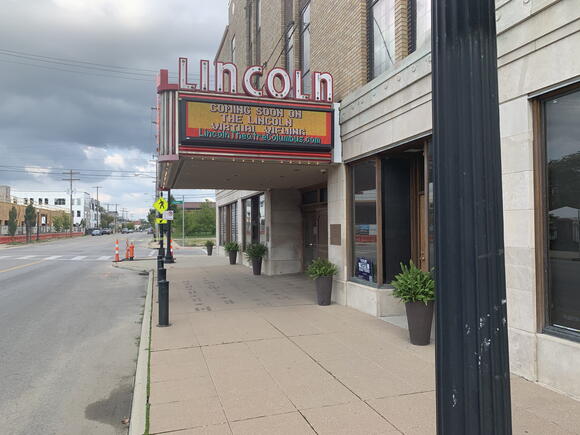 Independent feature film “They/Them/Us” is only the beginning of a new and growing local film industry in Columbus.

Showcasing a city that rarely makes it to the big screen, “They/Them/Us” will premiere Friday at the Lincoln Theatre, followed by an after-party at Wild Goose Creative. According to the “They/Them/Us” website , it was filmed in Columbus in August 2020 and follows the story of two divorced parents who fall in love and bring together their four children, as well as the challenges that come with parenting and starting a new relationship.

Jonathan Sherman, director and co-writer of “They/Them/Us” and associate professor of film at Kenyon College, said a goal of the film was to feature the Midwest in a way that past movies have not. Its characters occupy various identities, like being non-binary, that exist throughout the broader United States — not just in coastal regions, according to the film’s website.

“I really wanted the city to sort of be almost like a character in the movie,” Sherman said.

Columbus has many beautiful filming spots, such as the German and Victorian villages, Sherman said.

“One of my favorite short little scenes in the movie is a scene in German Village where the main characters are walking down the street and it’s lit beautifully, and the city just looks great,” Sherman said.

Compared to other cities, such as New York City or Los Angeles, Columbus is a very affordable city to film in, Sherman said. He said the total budget for “They/Them/Us” was $550,000.

“Our location budget in New York City would have been $500,000, which is the whole budget of the movie,” Sherman said. “They charge a fortune.”

Sherman said Chad Whittington, president and CEO of the Columbus Association for the Performing Arts and executive producer of “They/Them/Us,” started a film fund, Columbus Pictures Film Fund, which selected “They/Them/Us” as its first production, according to the film’s website.

“CAPA is starting a film fund that will support filmmakers from Columbus and movies that are either set in Columbus or movies made by Columbus filmmakers,” Sherman said. “The idea is to build a local film industry here.”

One of the hopes for this film was involving film students from across Ohio in production so they could connect with each other while growing the local film industry, Sherman said. That way, film students do not necessarily have to move to New York City or Los Angeles after graduation.

Desiree Levingston, production assistant for “They/Them/Us” and a 2020 Ohio State alumna, said she thinks the film will show people from larger cities that high-quality film production is possible in cities such as Columbus.

“It’ll show them that there are crews in Ohio because I know a lot of people out there don’t realize that people work here in this industry,” Levingston said. “I think that’ll kind of expose people who are not from this area to the fact that there is room to grow here and that you don’t necessarily have to move elsewhere to do that.”

Tickets for the “They/Them/Us” premiere can be purchased on the CBUSArts website . General admission is $5, and masks and proof of vaccination are required for entry.