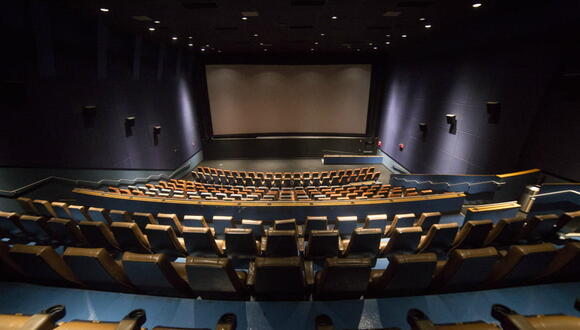 A festival made specifically for fright fanatics has returned to the Gateway Film Center.

Beginning Thursday and running through Sunday, the center will host its annual Nightmares Film Festival. For the past six years, Gateway has hosted the horror and thriller film festival just before Halloween, Jason Tostevin, co-founder and programmer for the festival, said.

“Nightmares is a celebration of worldwide genre film,” Tostevin said. “So we have films — short films and feature films — from around the world.”

The festival receives submissions from independent aspiring filmmakers and screenwriters with work that falls within the categories of horror, thriller and midnight, Tostevin said. He said the festival reserves a category specifically for Ohio shorts and feature films to promote local artists.

During the festival, two screenings will take place at the center at a time. In each two-hour session, one screening will be dedicated to a feature film, while the other screening will showcase a series of short films. Tostevin said screenings often involve a Q&A session with the filmmakers.

Hope Madden and husband George Wolf, writers for Columbus Underground, have a horror film podcast called “ Fright Club ,” which they will conduct an interactive taping for at the festival. They said they also helped decide the final lineup for the festival’s thriller feature film genre.

The festival also features multiple panels, one of which is about film and screenplay distribution. With a high likelihood of many aspiring filmmakers and screenwriters being in attendance, segments like this are really valuable, she said.

“I can’t express enough how welcoming this community is around filmmaking,” Madden said. “It’s a great community of other filmmakers who want to know you. So if you are an aspiring filmmaker — you’re a student of film — I think that’s an incredibly good reason to come out.”

The festival is unique in that it showcases films that often cannot be seen anywhere else, Tostevin said. He said almost all titles are Midwest premieres that will open to the public only after the festival is over, and some will never be available again.

Wolf said with such a vibrant film culture in Columbus, he wishes more locals would take advantage of the opportunities to experience it.

“I just am constantly wanting people in Columbus to realize what a gem they have right here in their backyard,” Wolf said.

Although the festival focuses largely on independent filmmakers and their projects, Tostevin said the center does make room for older titles. This year, there will be a screening of a remastered version of the 1981 film “The Howling.” On Sunday, the festival will also host the Midwest premiere of a new A24 feature film, “The Humans,” Tostevin said.

“We have brought all the world’s best genre work to Columbus for four days for you,” Tostevin said. “So walk across the street from OSU and go see some of the best stuff that people are going to be talking about in a year.”

Ticket information and the film lineup are available on the Gateway Film Center website .