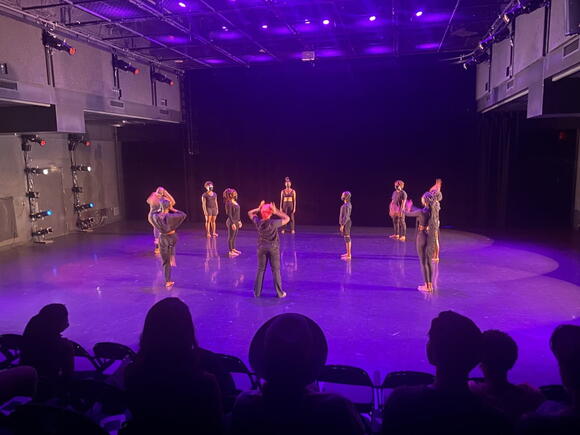 Isolation during the pandemic is bringing out the creativity of members of a new dance-based student organization.

Streetlight Mob, a Black cultural street dance crew, was created at the beginning of the semester after separation from others during the pandemic, Kaniya Webb, a third-year in dance and arts management and founder and president of the group, said. The group explores a wide range of street dance genres for artists, such as hip-hop, afro-fusion and krump.

“Hip-hop is a Black, cultured dance style,” Webb said. “It originated from Black communities that didn’t really have much. Sometimes all they had was the dance — the jigs, the grooves.”

Streetlight Mob is different from other dance groups because the crew is not looking for perfect dancers who fit into a developed group right off the bat, Webb said. She said she founded the group because she felt there was a need for a dance outlet that incorporated both professionally trained and inexperienced dancers, and she is willing to teach and work with people who want to grow.

Eboni Edwards, a third-year in dance and psychology and vice president of the crew, said Streetlight Mob is unique because it creates a space for dancers from all different dance backgrounds to perform on stage.

“There’s been different dance crews that do different types of movement,” Edwards said. “But there was no real space on campus to just be who you are.”

Webb said she tries to create Black cultural street dances where the dancers in the group can feel free, as though they are dancing at home when no one is watching.

Barry Nickell, a first-year in dance and member of Streetlight Mob, said the crew is a positive and supportive community.

“Even though I haven’t been in the club very long, I feel like I’ve improved so much,” Nickell said. “You get lots of opportunities to express yourself as an individual.”

Webb said although the crew is a Black cultural street dance crew, it is not a group that is exclusive to the Black community.

“Anybody can be a part of it as a collective,” Webb said. “Everyone has a certain street life that they come from. Everyone has a story.”

The crew will be performing at the CHVD JUSTIN pop-up shop in Hale Hall Nov. 19 from 5:30-8 p.m., Webb said. They will also be performing virtually for a FAFSA awareness event in November.

Auditions will be held spring semester in either January or February for new dancers, Webb said. More information about Streetlight Mob Dance Crew can be found on its Instagram page .