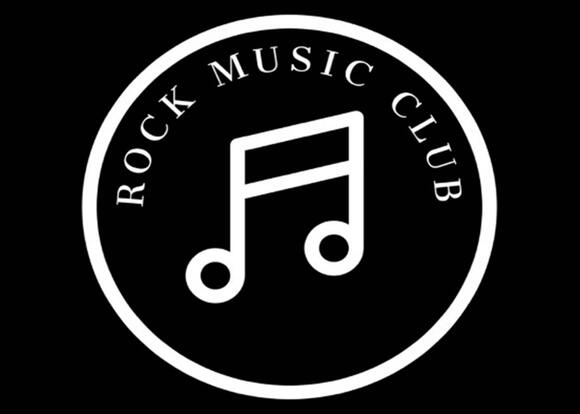 Logo of the Rock Music Club at The Ohio State University. Credit: Courtesy of Mitchell Feiler

With constant new music in genres such as rap and pop, the question emerges: Is rock ‘n’ roll dead?

According to Mitchell Feiler, a third-year in finance, the genre is alive and well at the university. Feiler said he founded the Rock Music Club last school year after he searched for a club that would cater to his interests and help him get involved at Ohio State, but didn’t find one centered around one of his main passions: rock ‘n’ roll music.

“I was looking for ways to get involved that have a focus on music, and for some reason, there was no rock music club,” Feiler said. “That’s when the idea for the club took off.”

Because the club was founded during the pandemic, Feiler said Zoom was the primary outlet for meetings last year. He said this year has already been more promising and engaging for the club as they transition to in-person meetings.

“Last year, we were on Zoom the whole time. We had about 10 members,” Feiler said. “This year, being in person, the response was insane and our membership went up to around 80 members.”

Raylee Smith, a second-year in Spanish and international studies and member of the club, said the change to in-person meetings has been extremely positive for the club.

“The whole dynamic of the club changed,” Smith said. “Being in person adds so much energy to the meetings.”

Feiler said the club’s structure varies and is open to any new ideas. He said some of their meetings consist of hanging out and listening to music, but others incorporate activities such as trivia, as well as in-depth discussions of different subgenres like women in rock, ‘80s rock and grunge.

Noah Grausz, a third-year in political science and secondary leader of the club, said other group activities, such as attending concerts together, is something members of the organization have considered, but hammering out the details can be tricky.

“The logistics are fuzzy due to limitations on funds,” Grausz said. “To work around this, we provide a list of local concerts in the area every week to our members. This gives them a chance to go out on their own until we are able to find a way to arrange something as a group.”

An interest in rock ‘n’ roll is generational for many members of the organization. Feiler said his dad helped shape his music taste, and his biggest creative influence is Van Halen.

“I picked up the guitar at age five, and I never stopped from there,” Feiler said.

Grausz said his family also influenced his interest in rock ‘n’ roll, introducing him to musical instruments at a young age.

“Growing up, my parents were the type of parents who bought a small guitar, drum set and keyboard, hoping my brother and I would pick one up,” Grausz said. “Luckily for them, that was the case, and I have been playing drums ever since.”

Although the club focuses heavily on classic rock, Feiler said a new emergence of rock ‘n’ roll is becoming popular. Bands such as Dirty Honey and Greta Van Fleet present a sound within the genre which differs from older generations of rock, and Feiler said this gives him confidence in the future of rock ‘n’ roll.

Feiler said the group’s current goal is to carry on this legacy and spread the music to their own generation, who are seemingly losing interest in rock ‘n’ roll in favor of more mainstream music.

“Our goal lies in promoting and preserving the history and culture of rock ‘n’ roll,” Feiler said.

Rock Music Club meetings are held every other Thursday at 5:30 p.m. in Lazenby Hall. Feiler said those interested in joining the club can email rockmusicclubosu@gmail.com .

Men’s Basketball: Playing against ‘one of the very best’ in Krzyzewski excites Buckeyes