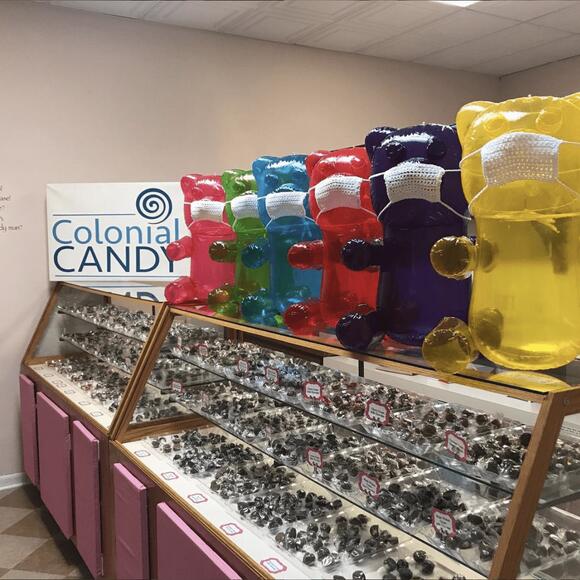 Halloween is right around the corner, which means costumes, crafts and most importantly, candy are in high demand.

Hershey’s, Reese’s, Snickers and other big names dominate the chocolate business in October, but Halloween is not the busiest time of year for small and locally owned candy and chocolate shops. Despite the slower stream of customers around this time of year, Daniel Cooper, owner of Pure Imagination Chocolatier , a local candy store located at 1205 Grandview Ave ., said he still themes his products for the fall and Halloween seasons to make the experience at his shop as sweet as possible.

“During the fall season, we have something called ‘cookies and scream,’ which is like a cookie and white ganache cream center with dark chocolate on the outside,” Cooper said. “We also make little nutter butter ghosts, and we have a pumpkin cookie batter truffle which is phenomenal.”

Cooper, who opened his shop in 2001, said Halloween is not a bustling season for Pure Imagination Chocolatier because many people tend to go with store-bought chocolates for the holiday.

“We’re not a draw for Halloween candy,” Cooper said. “Store-bought chocolate is what people go for in that aspect. We have more adult-driven chocolate.”

Stacey Durst, owner and vice president of Colonial Candy , a family-owned candy shop at 3620 N. High St ., said she bought the shop with her husband and son in 2016 with the goal of keeping local “mom-and-pop” stores open.

“We wanted to be kind of part of the community as business owners and we wanted to give an opportunity for local kids to have some employment,” Durst said.

Like Cooper, Durst said the Halloween season isn’t as busy for her shop as some might think. In fact, she said it is one of the slowest seasons, as big-box stores have largely taken over the holiday.

“Our chocolates aren’t really the kind that you pass out for Halloween, and the numbers back it up,” Durst said. “Our lowest-selling day out of the entire year is the day after Halloween. The chocolate that we have is hand-dipped and so forth; it’s the kind you treat yourself with and not the kind you pass out with a handful.”

However, Durst said high sales during Halloween was never the goal for her and her family when they made the decision to buy Colonial Candy. Raising a family and being able to make her community better by donating to organizations such as the Clintonville Community Resource Center, the Clintonville Women’s Club and the North Columbus Intramural League, among others, is what she prioritizes instead.

“It’s your small, mom-and-pop shops that are going to be the ones who contribute to the small, nonprofit organizations in the neighborhood, and that’s vital to keeping a sense of community going,” Durst said. “We chose to live here and work here and raise our family here. Being a business owner just gave us kind of an extra layer of an opportunity to be a part and give back to the community.”

Whatever the season, busy or not, Cooper said seeing smiles on the faces of his customers gives him a sense of pride and happiness that can’t be beat.

“All the smiles that we generate, that’s the winner right there,” Cooper said. “The smiles over the years of doing this, your customers, your people that come in to buy your products and support you, they’re kind of more than a customer. They become kind of like family to you.”