A voter’s guide to the November ballot 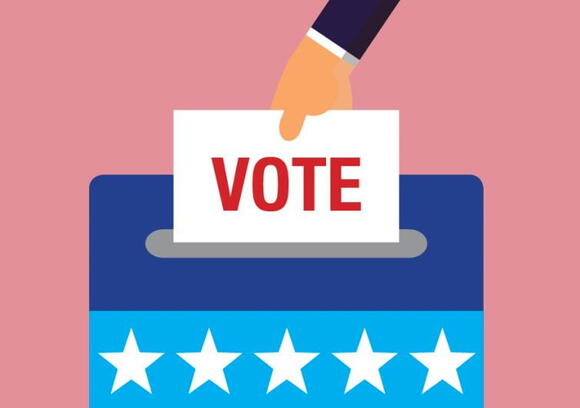 Election Day is Nov. 2 with polls opening at 6:30 a.m, and closing at 7:30 p.m. Illustration by Kelly Meaden | Lantern File Photo

With a few weeks until the Nov. 2 election and early voting underway across Ohio, everything from a congressional seat to city attorney and funds for cleaner energy are on the ballot, as well as a few changes to where some students can vote.

Those who voted at the Martin Janis Senior Center will be relocated to the Dwell Community Church Fourth Street Pavilion, located at 1934 N. 4th St., because of the center’s closure. Those who voted at the Godman Guild Association will be directed to the Veritas Community Church, located at 342 E. 2nd Ave., because the association’s building was sold.

Anyone who is in line when the polls close will still be allowed to vote.

Those who wish to vote early can do so in person at the Franklin County Board of Elections , located at 1700 Morse Road, or another early voting site during these hours:

Issue 7: According to a petition filed with the Columbus City Clerk in October 2020, if passed, Columbus voters would vote to establish an Energy Efficiency, Energy Conservation and Clean Energy Education and Training Fund by taking $87 million from the general fund — which the city largely uses for day-to-day expenses. According to Ballotpedia , there are no official supporters — but opponents include Mayor Andrew J. Ginther and City Council President Shannon Hardin.

The 15th congressional district, which includes portions of West Campus and stretches as far southeast as Athens County, according to Ballotpedia , is up for grabs after Rep. Steve Stivers (R-OH-15) announced his retirement in May. Republican Mike Carey, a longtime coal lobbyist endorsed by former President Donald J. Trump, and Democrat State Rep. Alison Russo, a health policy expert, won an August primary for the seat.

Columbus City Auditor: The city auditor’s office can be considered the city’s accountant. It is responsible for recording, maintaining and reporting the city’s finances.

Three seats are up for grabs in this race:

Columbus Board of Education: The city’s school board is responsible for setting the educational standards for K-12, tax-funded schools in the city of Columbus, as well as planning student services, setting district policy for students and staff and establishing, as well as tracking, the school district’s budget.

Three seats are up for grabs in this race:

The Franklin County Municipal Court: The court handles misdemeanor offenses — such as traffic violations, petty theft, evictions and small civil claims — where the amount does not exceed $15,000. Judicial elections in Franklin County are typically considered nonpartisan.

Voters will fill the seats of three retired or retiring judges, most notably Judge H. William Pollitt , who died in August 2020 of COVID-19. In March, Gov. Mike DeWine appointed Magistrate Michael King to serve the remainder of Pollitt’s term, according to the Franklin County Municipal Court’s website .