Album review: Don Toliver solidifies his sound on ‘Life of a DON’ 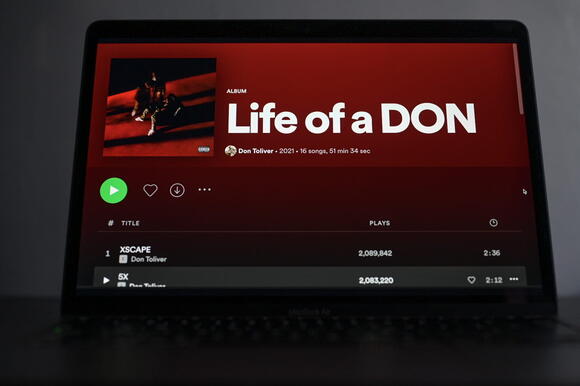 The Houston native garnered a lot of buzz after the release of his 2018 project, “Donny Womack.” That buzz turned into a quick rise to stardom after the releases of his hit songs “No Idea” and “After Party” off of his 2020 album “Heaven Or Hell.”

Toliver has often been sonically compared to the work of his mentor, Travis Scott. Toliver has been open about Scott’s influence on his music, especially because he is signed to Scott’s label and grew up in the same city.

Although “Heaven Or Hell” was much more concise and thematic, “Life of a DON” is a solid project that further separates the comparison between Toliver and Scott. It lacks most of the large, boastful tracks he released prior, but his R&B-heavy vocals still carry plenty of weight.

“XSCAPE” is a vocal-heavy track with little emphasis on the instrumental. Toliver takes a serene approach but still provides a catchy hook, leaving the listeners wanting more throughout the project. It serves as a perfect introduction to the moody, melodic tracks that ensue.

“Way Bigger” is one of the few trap-influenced performances from Toliver on the project that is memorable. Unlike his hit “After Party,” his vocals remain calm and deep, losing some of the energy that could have come from a more active showing.

Although the album starts off with impressive tracks, “Flocky Flocky (feat. Travis Scott),” is a generic performance from Toliver and Scott. Scott’s auto-tuned vocal inflections sound rough and don’t mesh with the bland instrumental.

Following the underwhelming collaboration between Toliver and Scott comes an impressive four-track run. The two songs after “What You Need” show Toliver’s more vulnerable side.

“Double Standards” has Toliver somberly expressing his relationship concerns and the extra baggage that comes with being a popular artist. His melancholic sound blends perfectly with the track’s themes, and the outro is reminiscent of the one on “Company,” off of his most recent project. “Double Standards” is just the first showcase of Toliver’s dominance in both the trap sound and R&B ballads on this album.

That track, while beautifully melodic and emotional, cannot compare to the project’s highest point, “Swangin’ on Westheimer.” Although it has similar qualities to the previous track, it is far more refined. It is mellow and sublime, containing otherworldly vocals and a hard-hitting, synth-heavy instrumental.

However, following such a stunning song, Toliver fails to continue the project at a similarly high level. “2AM” and “Get Throwed,” while bearable, are uninspired, blasé tracks, and “Company Pt 2” had big shoes to fill from its outstanding predecessor and failed to do so.

Scott and Toliver reconnect and redeem themselves on the rhythmic “You.” Toliver delivers a catchy, captivating introduction to Scott’s nonchalant, melodious verse.

This project ends with a dark, cocky track, “BOGUS.” Although strikingly similar to Scott’s sound, it ends the album on a high note.

“Life of a DON” is mostly full of unique, elegant tracks that showcase Toliver’s ability to create unforgettable moments. However, there are still a handful of tracks that seemed like demos that weren’t quite ready to be released. Regardless of the hiccups on the project, Toliver has clearly started to solidify his own sound within hip-hop and R&B.