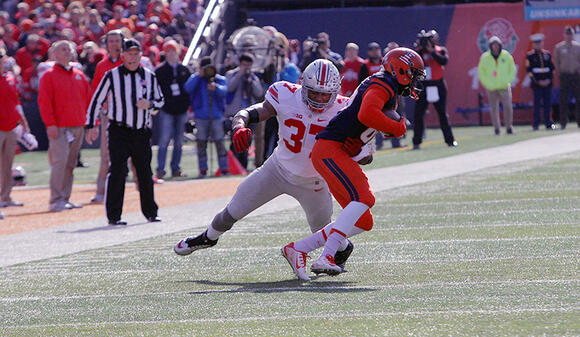 Perry said he and Spencer were approached by Chris Caldwell, a 1995 Ohio State alumnus, who asked if the duo would be interested in starting an 11-part series podcast going behind-the-scenes of the team, adding that Ohio State has the perfect fan base where this idea would be successful.

“This is unprecedented access to one of the greatest college football stories ever and Buckeye fans are eating it up,” Perry, a captain and starting linebacker from the 2014 season, said.

Through connections while working at Fox Sports, Caldwell said he developed a relationship with Hall of Fame NFL coach Jimmy Johnson, who shared stories with him that ultimately led to the idea of creating a podcast for a large fan base.

“You would sit here and hear these incredible stories of Jimmy Johnson telling me what it was like before the Miami Hurricanes went on the field for the national championship game,” Caldwell said. “Could you imagine if you could take that and to a large fan base and fans can hear and feel a part of the team and a part of the insight?”

Perry said they chose Spencer, his former teammate and a starting wide receiver on the championship team, because he would be able to give his own version of the season from the offensive side of the ball.

Spencer said the podcast provides an in-depth look behind the scenes of the Buckeyes’ historic run to their eighth national title. 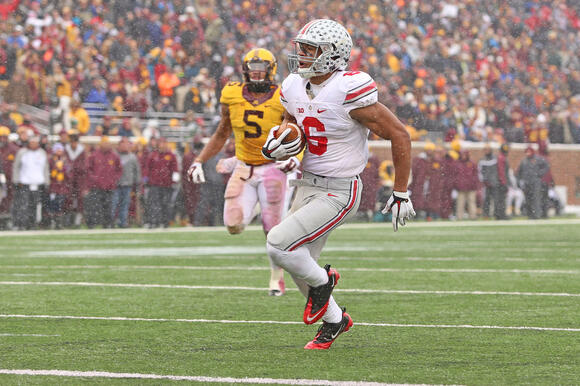 Caldwell said they didn’t want another chronicle in a magazine or book written by a coach.

Perry agreed with Caldwell’s sentiment and said they wanted to give the players’ perspective and felt the players were the appropriate source for the stories.

“It’s an interesting balance because we want to be as honest and genuine and raw as possible while also not putting anyone on blast or any information that doesn’t need to be out there,” Perry said. “It’s a very raw and honest account of the build up of the 2014 season itself. I think it’s phenomenal to tell it in this long-form storytelling platform.”

Caldwell, Perry and Spencer all said they see this individual project growing into something that could encompass many stories from around the sports world.

“This is a franchise, not just a project for us,” Perry said. “We believe that we can replicate similar stories in other fan bases and other championship seasons across college athletics and even pro athletics if we can get there.”

Curtis Grant, another member of the 2014 team and former captain and linebacker, makes an appearance in each episode.

“He’s given a very good captain’s perspective,” Spencer said. “Curtis Grant has a real unique story as relates to him being a leader and being considered one of the captains, but also one that maybe didn’t get as much time as he wanted but was still able to lead and was still able to be a mentor to some young talent underneath him.”