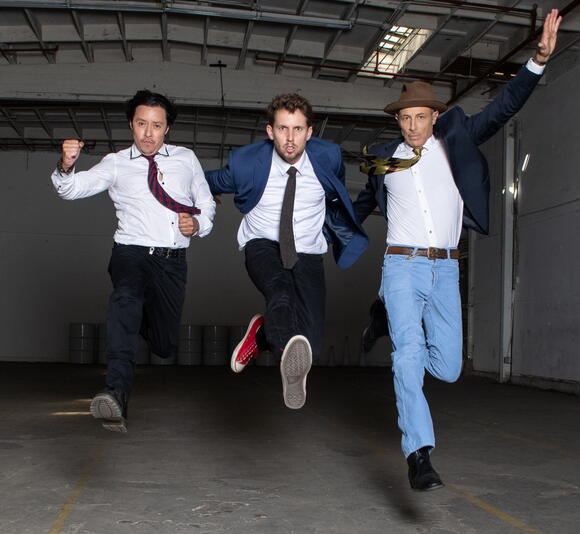 During filming, cast members from the 2004 indie comedy “Napoleon Dynamite” said they had no idea how well known the film would become.

Even after 17 years, the film’s popularity has endured, and cast members are traveling to theaters around the country to talk with fans. On Oct. 7, the Palace Theatre will screen the movie before a moderated discussion in their event, “Napoleon Dynamite: A Conversation with Jon Heder, Efren Ramirez, & Jon Gries,” according to the Columbus Association for the Performing Arts’ website .

Although he knew they were making something special, Jon Heder, who played the socially awkward title character, said his expectations for the film’s success were far from reality.

“We were an independent film. We had no promise of distribution, so my expectations were that this may just be in a few film festivals and that’s it,” Heder said. “I didn’t know that we’d be blessed so much with the continued success, the snowballing effect it had.”

When he became part of the “Napoleon Dynamite” cast, Jon Gries, who played Uncle Rico, Dynamite’s relative, said he similarly did not know what to expect with regards to the popularity of the film.

“It was only $365,000 that was privately financed, so they had no distribution whatsoever,” Gries said. “The film went to Sundance, and then the rest is history.”

“It’s just fun to be on the road, to travel, to see different places and people from different walks of life coming to enjoy the same thing,” Heder said. “It gives us that common ground.”

Rich Corsi, vice president of programming at CAPA, said he believes the Q&A component adds to the screening of the film by allowing the audience to connect directly with the cast.

“Folks like Jon, Efren and Jon — they’re very personable, and it’s like when you go to these events you feel like you get to know them, even though it’s just that brief half-hour of Q&A,” Corsi said. “You’re talking back and forth, and you’re finding out that they’re just human beings.”

Efren Ramirez, who played Pedro, an exchange student from Juarez, Mexico, and Dynamite’s best friend, said the Q&A discussions are reflective of the community that fans of “Napoleon Dynamite” have formed over the years.

“It’s a film that brings everybody together,” Ramirez said. “We’re all trying to do good, we’re trying to figure life out, and that’s what happened to the characters in the movie. When you see that response from the audience when we do a Q&A, and they talk to us about how even though they felt alone, they feel like they’re part of something.”

More information about “Napoleon Dynamite: A Conversation with Jon Heder, Efren Ramirez, & Jon Gries” is available on CAPA’s website . Tickets for the show begin at $25 and can be purchased on the CBUSArts website .