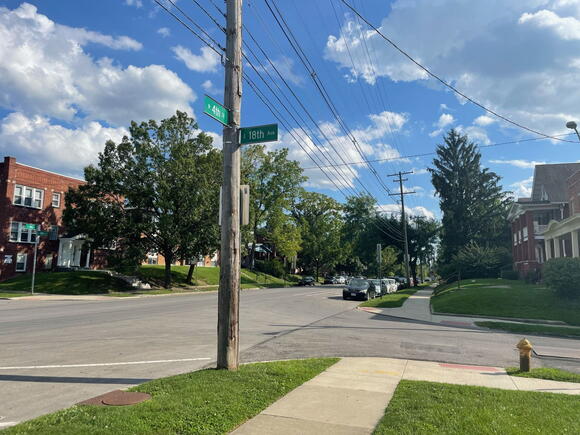 Freshmen students have a lot to navigate, such as making new friends and COVID-19 challenges, but encountering crime was not something they anticipated.

A neighborhood safety notice issued Aug. 18 detailed a robbery at 12:40 a.m. near East 18th Avenue and North Fourth Street. Emma Golsch, a first-year in biology, said she and her two friends — Mike Sweeney and Katie Ezell  —  were walking to an off-campus apartment when an armed robber ran up from behind them. The suspect then demanded they hand over all of their money and valuables before fleeing.

“The only thing that really scared me was having a gun pointed at me,” Golsch said. “Now I am in a new city, two hours away from home, having to figure out how to replace my driver’s license, credit cards and insurance.”

The robbery occurred on Golsch’s first day on campus, which was a shock to Sweeney, a second-year in air transportation on a pilot track.

“Honestly, Katie and I knew this kind of stuff happens, but I was really sad for Emma because it was her first night on campus,” Sweeney said.

Golsch said after the incident, she questioned her decision to come to Ohio State.

“I did want to go home,” Golsch said. “I thought, ‘Is this a sign I shouldn’t be here?’ It was the first day I got to campus, and a few hours later everything was taken.”

Ezell, a third-year in neuroscience and communication, said Golsch decided to remain on campus after the incident, but she and the other victims feel more anxious about completing everyday tasks, such as walking to class in the early morning.

“Even when it’s dusk out in the mornings, I’ll have my hand in my purse holding my mace,” Ezell said.

In August, there were six neighborhood safety notices issued compared to one in August 2020, according to the Department of Public Safety website . All three students agreed that  something needs to be done before crime increases and deters potential students from wanting to attend the university.

“I personally don’t feel any resentment towards Ohio State or the police department because I know crimes happen, but so many people have gotten away with this in the past weeks,” Sweeney said. “We need to figure something out.”

Ezell said she believes the community needs to raise their voices in order for there to be long-lasting change.

The three students said they recommend fellow Buckeyes call a Lyft, walk in larger groups and be aware of their surroundings at all times.

“I think the most important thing I learned from this was spatial awareness when walking around at night because we probably could’ve seen him hiding down in the corner,” Ezell said.

The university partners with Lyft to offer discounted rides from 9 p.m. to 7 a.m. Information about setting up the service can be found on the Lyft Ride Smart extension of the Safety Resource website.