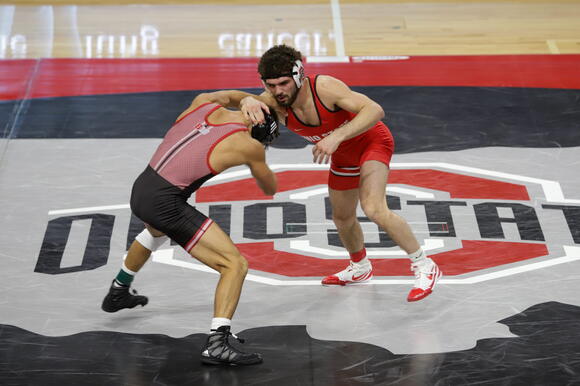 After a season in which it competed solely against the Big Ten, the Ohio State wrestling team has announced its non-conference schedule for the 2021-2022 season.

This season will have Ohio State, along with the rest of the Big Ten, scheduling non-conference duals for the first time since COVID-19 impacted the 2020 season.

In 2020-2021, Ohio State will look forward to a full schedule that features four non-conference opponents along with the Ohio Intercollegiate Open and the Cliff Kean Las Vegas Wrestling Invitational.

The Buckeyes finished ninth at the NCAA championships this past March, collecting a total of 46.5 team points.

The wrestling team will open the season on Nov. 7 with a home dual against the University of North Carolina.

But, there likely won’t be a rematch of the two as O’Connor plans to move up to 157 pounds for his final year of eligibility with the Tar Heels next season.

The Buckeyes also return redshirt-seniors Ethan Smith and Tate Orndorff who finished as top wrestlers in the NCAA Championships.

The team will also have home non-conference duals against Notre Dame College Nov. 23 and  the University of Pittsburgh on Dec. 12.

The team will also travel to Virginia Tech University on Nov 19.