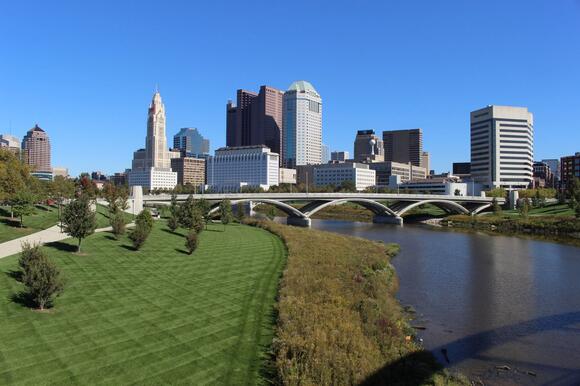 Ohio resident charged with attempting to conduct a mass shooting of women at an Ohio university and the possession of a machine gun Wednesday. Credit: Adreyn Yates | Lantern File Photo

A 21-year-old Hillsboro, Ohio, man was federally charged with an attempted hate crime for trying to injure women in sororities at a university in Ohio and illegal possession of a machine gun, according to a U.S. Attorney’s Office of the Southern District of Ohio’s press release Wednesday.

Upon arresting Tres Genco and searching his home, the Highland County Sheriff’s March 12, 2020, report stated deputies found a letter where he described a mass shooting of a targeted 3,000 women at “OSU Medical” in Columbus and “OSU” planned for May 23, 2020.

Genco identified himself as an “Incel” — short for involuntary celibate and tied to an online, predominantly male community who believe they are entitled to romantic or sexual attention and advocate violence toward women who deny them of it, according to the indictment from the U.S. District Court Southern District of Ohio Western Division.

Genco was arrested in March 2020 and sentenced to 17 months for attempting to make terroristic threats Oct. 27, 2020, according to the Ohio Department of Rehabilitation and Correction. He was released Feb. 23 due to credit for time spent in prison during the court proceedings. Federal charges filed Wednesday follow his prior sentence served.

Genco researched gun modifications, Columbus police scanner codes and conducted online searches for sororities and a university in Ohio, according to the indictment. He also conducted surveillance of the university and searched topics including “planning a shooting crime” Jan. 15, 2020.

According to the sheriff’s report, officers responded to a call from Genco’s mother, who heard her son “cock a gun” and scream profanities and threats toward her.

Genco told officers he was planning to attend Ohio State but chose to go into the military instead, according to the sheriff’s report. He attended Army base training in Georgia but was later discharged for “mental reasons” just two months upon arrival.

Genco wrote a manifesto in August 2019 entitled “A Hideous Symphony,” in which he detailed his plans to enter the U.S. Army to train to murder women. It also stated he hoped his words would resonate with other “Incels,” according to the indictment.

“On the note joining the military was needed to carry out the attack on OSU,” the sheriff’s report stated.

Upon his return, Genco created a document entitled “isolated,” which he signed “Your hopeful friend and murderer.”

According to the indictment, from January 2019 through on or about March 12, 2020, Genco attempted to injure — and one time kill — women because of their gender. He also purchased a rifle, tactical gloves, a bulletproof vest, a hoodie with the word “revenge” on it and a skull facemask.

Genco posted frequently on his “Incel” website profiles expressing his hatred of women, according to the indictment. He often made references to Elliot Rodger, a self-identified “Incel” who killed six people and injured 14 others May 23, 2014, including outside of a sorority house at the University of California, Santa Barbara.

The press release stated Genco indicated he hoped to “aim big.” The May 23 planned attack date would have fallen exactly seven years after Rodger’s attack.

This is a developing story and will be updated with more information as it’s available.