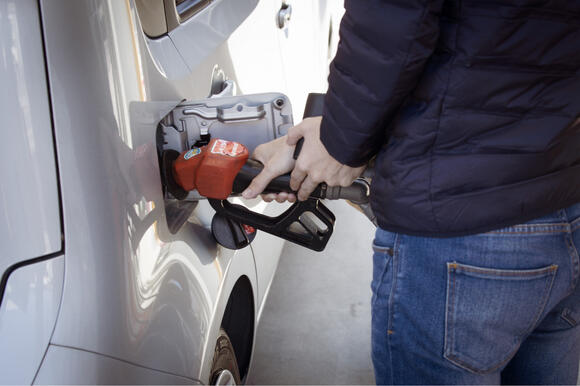 The bill at the gas pump is starting to drain the average Washingtonian's bank account, and things aren't going to be changing any time soon. Even with prices down since March, the gas prices around the state haven't dropped that much.

In March, the state senate shot down a bill to provide a gas tax holiday during high gas prices. Senate Bill 5897 would have replaced the gas tax ($0.49 per gallon) with the $15 billion state surplus. However, the bill was shut down before it left the committee that wrote it.

And while attempts to give the residents of Washington a break failed, other states, such as Maryland, Georgia, and Connecticut. California is considering a $400 gas rebate for residents too.

Yet, in Washington, lawmakers are more concerned about the oil companies making a profit than they are about their constituents being able to pay for gas and make it to work:

"One of the reasons that I don't support the gas tax holiday is because there's research that shows that the biggest winners in a gas tax holiday are the oil companies who would make millions upon millions of dollars if we were to do that." - Senate Majority Chair Andy Billig (D-Spokane)

Our current political leaders in Washington are out of touch with the people they were elected to serve.

More from The Dividend Investing Dad

At 1:45 pm today in Spokane, there will be speakers, live music, and a peaceful march around the downtown streets of Spokane in concern for the current world climate condition.

Over months, inflation has hit the United States, with 8.5% in March. With inflation continuing to rise, it is hitting the average American hard from housing, the grocery store, and transportation costs. And while the Fed is trying to slow things down, it isn't going to help much in the short term.

Bloomsday Is Coming Back To Spokane After A Two Year Break

"With 5,000 to 6,000 people coming to downtown Spokane, they need a place to stay. When they start filling up our hotels, they pay lodging and sales tax and all that money goes back into our community providing relief for those that live here," Kate Hudson with Visit Spokane said.

Housing costs are up. Used car costs are almost as much as new cars. Groceries, gas, and utility costs are rising all over Washington. Not just in Seattle, Spokane, Kennewick, and Vancouver but everywhere.

The Homeless Situation In Spokane Is Getting Out Of Control

The homeless encampment located near I-90 and Freye is continuing to grow. Designated as 'Camp Hope,' the population seems to be growing by the day. And while the city waits for a new homeless shelter plan, there doesn't seem to be any relief for this city area.

According to stats provided by Realtor, housing in Spokane, Washington, has gone up 42.175% since April 2019. With the current sold price being 2.13% above asking. While inflation continues to hit the nation and the city, housing prices will continue to rise. With the rise in inflation, it could be hard to see the housing market in Spokane stay competitive for local home buyers.

Spokane Is No Longer An Affordable City

Across the board, Washington state is becoming one of the most expensive states to buy a house. Housing costs continue to climb and not only in the Seattle area. Spokane, the Tri-Cities, and Vancouver continue to see prices jump.

Inflation for March 2022 was 8.5% nationally. This is the third-highest it has been in the last 50 years. And it will likely continue to grow this year based on current projections.