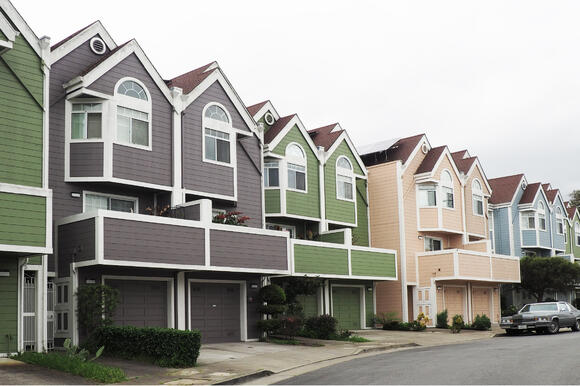 Photo by Marcus Lenk on Unsplash

Across the board, Washington state is becoming one of the most expensive states to buy a house. Housing costs continue to climb and not only in the Seattle area. Spokane, the Tri-Cities, and Vancouver continue to see prices jump.

Washington State Compared to the Other States

Washington ranks higher than most states in the United States for housing costs and many other costs. Washington state is #13 on the cost of living index, #10 for grocery prices, #15 for housing prices, and #4 for transportation costs. The average salary across all jobs in Washington comes in at $69,000.00, which is a gross misrepresentation for the average person in the state.

Even with the high average wage, being in the top 15 states for most costs can cost the average citizen of Washington. Is it worth staying in Washington when everything is so high? Can the average person own a home?

Why are housing costs so high?

Another reason is because of the enormous amount of people packing into King, Snohomish, and Pierce Counties due to jobs with Boeing, Amazon, and Microsoft. These three counties are some of the highest the state for housing prices.

What are your options if you buy a house in Washington?

The most straightforward answer to this question is to be ready to put more money on the table. If you are going to put an offer on the house, you may need to ask significantly over the asking price.

If this isn't an option for you, you may consider moving further from the city center into smaller towns. Housing costs there might be up, but there is more opportunity to purchase with less competition.

Lastly, you may want to try house hacking. Potentially, you can buy a larger house or one with the ability to rent a room or space. This will help offset your mortgage and potentially give you the freedom to get into a home you may not have been able to before.

With so many people leaving high-cost states and political environments that they disagree with, Washington state might be added to the list of states that start to see people go.

While there is currently a large influx into the state, we could see a great flood of people leaving over the next few years. This wouldn't surprise me with the way costs continue to rise.

After all, if people below the average salary amount can't pay their bills, it would make sense that they would leave for less expensive states. And while this would seem like a good thing to some, it would ultimately make the state unlivable for many, many more.

Thank you for reading this article. Please note that I am not a financial adviser or realtor. Any information provided in this article is speculation for entertainment purposes and encourages you to take further action for research and do what you can here in Washington state.

More from The Dividend Investing Dad

At 1:45 pm today in Spokane, there will be speakers, live music, and a peaceful march around the downtown streets of Spokane in concern for the current world climate condition.

Over months, inflation has hit the United States, with 8.5% in March. With inflation continuing to rise, it is hitting the average American hard from housing, the grocery store, and transportation costs. And while the Fed is trying to slow things down, it isn't going to help much in the short term.

Bloomsday Is Coming Back To Spokane After A Two Year Break

"With 5,000 to 6,000 people coming to downtown Spokane, they need a place to stay. When they start filling up our hotels, they pay lodging and sales tax and all that money goes back into our community providing relief for those that live here," Kate Hudson with Visit Spokane said.

Housing costs are up. Used car costs are almost as much as new cars. Groceries, gas, and utility costs are rising all over Washington. Not just in Seattle, Spokane, Kennewick, and Vancouver but everywhere.

The Homeless Situation In Spokane Is Getting Out Of Control

The homeless encampment located near I-90 and Freye is continuing to grow. Designated as 'Camp Hope,' the population seems to be growing by the day. And while the city waits for a new homeless shelter plan, there doesn't seem to be any relief for this city area.

According to stats provided by Realtor, housing in Spokane, Washington, has gone up 42.175% since April 2019. With the current sold price being 2.13% above asking. While inflation continues to hit the nation and the city, housing prices will continue to rise. With the rise in inflation, it could be hard to see the housing market in Spokane stay competitive for local home buyers.

Spokane Is No Longer An Affordable City

Inflation for March 2022 was 8.5% nationally. This is the third-highest it has been in the last 50 years. And it will likely continue to grow this year based on current projections.