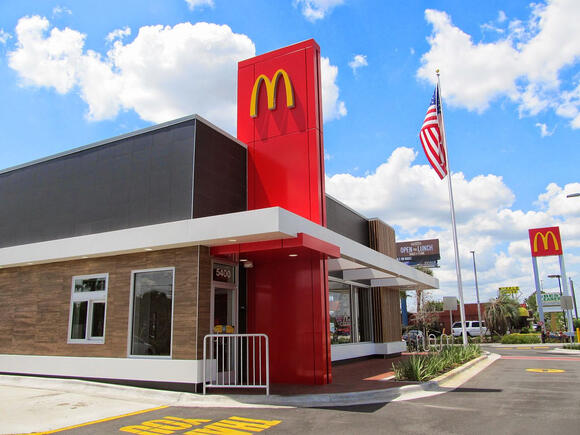 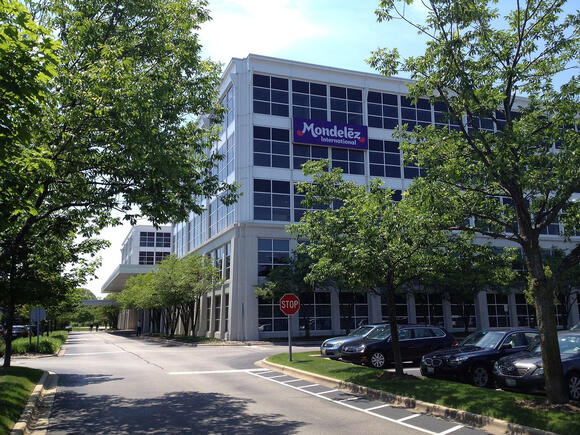 Mondelez International, Inc., or Mondelez, is a worldwide confectionery, food, holding, beverage, and snack food corporation headquartered in Chicago, Illinois. Mondelez generates roughly $26 billion in annual revenue and operates in about 160 countries. It was placed No. 117 on the Fortune 500 list of the top firms in the United States by total revenue in 2018.

McDonald's is an American fast food chain that began in San Bernardino, California, in 1940 as a restaurant run by Richard and Maurice McDonald. They renamed their business a hamburger stand and then transformed it into a franchise, with the Golden Arches emblem first appearing in 1953 at a Phoenix, Arizona site. Ray Kroc, a businessman, joined the company as a franchise agent in 1955 and went on to buy the McDonald brothers' franchise. McDonald's used to be headquartered in Oak Brook, Illinois, but in June 2018, the company relocated its worldwide headquarters to Chicago.

The Kraft Heinz Company (KHC), also known as Kraft Heinz, is an American food company based in Chicago, Illinois, and Pittsburgh, Pennsylvania, that was founded by the merging of Kraft Foods and Heinz. With about $26.0 billion in yearly sales as of 2020, Kraft Heinz is the third-largest food and beverage corporation in North America and the fifth-largest in the world.

The Quaker Oats Company, or Quaker, is a Chicago-based American food giant. PepsiCo has owned the company since 2001.

US Foods (previously known as US Foodservice) is a foodservice distributor based in the United States. US Foods was the tenth largest private firm in America until its IPO, with annual revenue of around $24 billion. Many of the companies that make up US Foods were started in the nineteenth century, including one that provided supplies to gold rush tourists in the 1850s.

Image for representation purpose only.Frank Mckenna/Unsplash. So many of us, so many Americans, were sitting at home doing nothing more than pointing and clicking on Amazon. We went on a shopping spree in preparation for the epidemic. We ordered a lot of material, and it's been arriving in record numbers for a year, so it's building up at the ports of Long Beach and Los Angeles because the system couldn't handle what we called a "tsunami" of items.