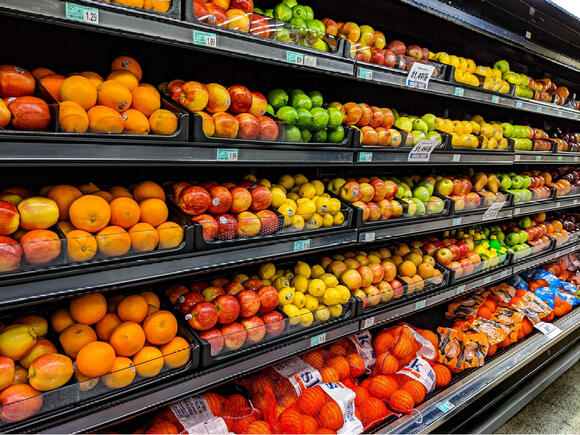 So, why is food becoming more expensive in America?

According to experts, verything is affected by climate change. It has an impact on our crops. It has an impact on our livestock. It has the potential to cause natural disasters such as floods and droughts over time. These are all things that, if we don't address them, might lead to a food scarcity. In August 2021, the UN Intergovernmental Panel on Climate Change issued a report that the UN Secretary General called a "code red for humanity." Climate change, according to the report, poses a threat to global food security.

Take a look at what's going on with coffee right now in Brazil, for example. Brazil can't produce as much coffee as we want because of the rain. As a result, the price of coffee will increase by around 30%.

Transportation costs rise as fuel prices rise, making food more expensive overall. Prior to the pandemic, transportation concerns were driving up the cost of food.

As Covid spread early in the epidemic, meatpacking and other food manufacturers struggled to keep operations running. Former President Donald Trump used the Defense Production Act to identify meatpacking plants as critical infrastructure and keep them open at the end of April 2020. This was supposed to be a solution to alleviate the stress that the coronavirus was causing in the food supply chain.

During the epidemic, food prices rose due to rising labor expenses and a persistent workforce scarcity. Labor is only going to get more expensive. As a result, we've seen merchants, grocery stores, restaurants, and farms raise wages to recruit workers in recent months. It's a mix of all of these elements.

Image for representation purpose only.Frank Mckenna/Unsplash. So many of us, so many Americans, were sitting at home doing nothing more than pointing and clicking on Amazon. We went on a shopping spree in preparation for the epidemic. We ordered a lot of material, and it's been arriving in record numbers for a year, so it's building up at the ports of Long Beach and Los Angeles because the system couldn't handle what we called a "tsunami" of items.