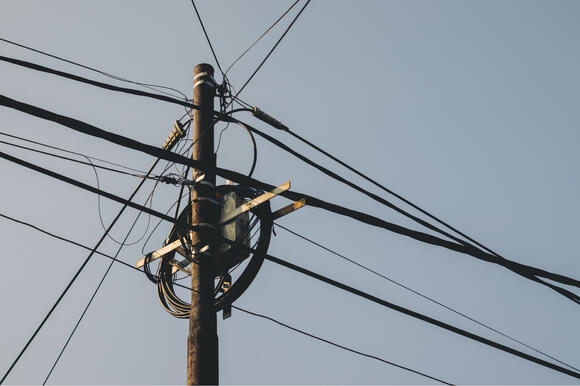 MINNEAPOLIS, MN — Fresh Energy is working to ensure that Minnesota develops a future-proof electric system capable of handling extreme weather, rising demand from beneficial electrification and a high-renewable electricity supply. At the Midcontinent Independent System Operator, certain critical components of this activity are done in conjunction with regional partners (MISO).

MISO, as the institution in charge of electric transmission in the region, plays a crucial role in decarbonizing local electric system. Minnesotans and everyone else in MISO's energy market require MISO to approve significant new transmission capacity to integrate and distribute renewable energy across the area, as well as to alleviate other grid-related reliability challenges.

Governor Walz, together with the governors of Wisconsin, Michigan and Illinois, issued MISO a letter of encouragement in early June. Their letter praised and encouraged MISO's Long Range Transmission Planning (LRTP) initiative, which was launched last October.

MISO is entrusted with forecasting and preparing for the region's transmission future, in addition to operating the electric transmission grid and regulating the wholesale electricity market over a broad footprint that runs from Manitoba to Mississippi.

MISO's job is to objectively forecast what the grid will look like in the next 20 years, plan the lines and decide how costs will be split. MISO must submit its work to stakeholders, including organizations like Fresh Energy, for review along the process, asking and responding to feedback at each critical step.

The Federal Energy Regulatory Commission (FERC) formed Regional Transmission Organizations (RTOs) like MISO in response to a history of market power abuse and inadequate coordination between diverse transmission owners. The Federal Electricity Regulatory Commission (FERC) has pushed electric firms to join RTOs in an effort to create more open, integrated, and efficient grids so that our energy is as cheap and reliable as feasible.

There is an immediate need for new transmission. It is influenced by both current concerns and what is needed to support a changing future.

MISO came to the conclusion that transmission is critical for getting electricity from where it is generated to where it is most required. During the Arctic Event, the MISO region had ample supply, but transmission constraints limited the capacity to transport energy to the exact places where it was needed.

This means that, despite having enough electricity throughout the crisis, MISO was unable to deliver the energy to where it was needed.

Plans to add substantial amounts of low-cost wind and solar also drive the need for greater transmission since the sun shines brighter in some places and the wind blows stronger in others—at different times across MISO's vast geographic spread.

In a nutshell, MISO is hearing a lot from those trying to stymie or derail LTRP, but not enough from its numerous supporters. As Governors Walz, Whitmer, Pritzker and Evers noted in their letter this week, MISO is deserving of our praise and support as it continues to work on this ambitious and essential initiative.

MISO will require the cooperation of stakeholders like Fresh Energy and our partners to ensure that LRTP moves forward based on the best available data and procedures as it attempts to defend its reputation as "the most dependable, value-creating RTO." Fresh Energy and MISO aim to report by the end of this year or early in 2022 that several LRTP transmission projects have been approved and are on their way to construction.